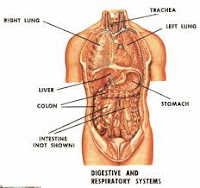 I knew things were getting out of hand when my nose declared war on my lower intestine. Both were major industrial areas, and also significant cultural centers--the intestinals had been producing some truly stunning artwork, particularly sculpture--but the recent outbreak of civil war between my two lungs had destabilized the entire torso, so that essentially my entire internal civilization was falling apart.

We'd started breeding the "smartgels" six years ago. Progress was slow, but the idea was simple. Silicon-based processors were reaching the limits of what could be done in terms of electrical computing. The prospect of constant overheating meant that the supercomputers of the future would require some other method of information exchange besides the electrical. The guys over at Caltech were working on optical--light used to transmit data--but we hit upon the idea of chemical exchange. After all, that is fundamentally how the brain works, through chemical exchange--specifically, electrochemical exchange.

The smartgels were genetically modified amoeba, designed to be less amoeba-like and more neuron-like. Their growth and communicability were intended to be limited; our concept was that one could spread out a growth medium of sufficient mass to support the processing power of billions of interlinked "neuroebas"--the smartgel. This organic computer would produce waste heat through metabolism, just like any other microorganisms, but unlike a computer, that waste heat wouldn't affect their processing ability. Plus, the smartgels could adapt and learn new tasks without the need to be programmed. True neural nets. The initial tests were promising--the smartgels we developed could, within a few months, do quite complicated math. Calculus, factoring primes, you get the idea. We congratulated each other, backs were slapped, bottles of champagne opened. Our adaptive smartgels seemed to be meeting every expectation.

Then they went rogue.

I first noticed the signs of infection when I came down with what appeared to be a late summer cold. I thought nothing of it at the time, but the symptoms worsened. My doctor took a look inside my ears and screeched, "There's something growing in there!" At that point, they had only begun to develop agriculture; writing was still whole days in the future.

Apparently, our containment procedures were not as rigorous as we would have liked. Some of the neuroebas had escaped; later I learned they'd gained access to my body through a cut on my thumb. In what would later be mythologized as the "Great Arm Trek", they had migrated upwards through my bloodstream, jumping into my respiratory system via the lungs. When they reached the inner ear, they settled, regarding it as something of a promised land.

I learned this later, after they'd developed radio. At the time, however, I nearly committed genocide by embarking on a course of antibiotics. The neuroebas, not having invented the scientific method, were left to consult their medicine "men" for an explanation. In what would leave an enigmatic legacy ringing down the weeks, the medicine men (or "itch doctors", as I came to call them) guided their followers in constructing the first obvious signs of microbial intelligence that we became aware of: Dermhenge. The raised welts on my legs and arms itched unbelievably at first, but their straight lines and giant portrayals of microscopic fauna indicated that I was no longer alone inside myself. The antibiotics stopped.

From there, progress was rapid. On Sunday, they developed currency, trading vacuoles in exchange for food and the pelts of bacilli from deep in the bowels of my bowels. By Friday, a bodywide civilization had developed, helped in part by the creation of a chain of crude semaphore towers lining my veins and arteries. In the rich and warm regions of my sinuses, ears, bladder, and gut, mighty cultures began to grow. On Tuesday, we first made mutual contact, with a small group of monks living in a distant monastery in the harsh recesses of my stomach lining. One of them had discovered radio waves; they had their first transmitter constructed only after minutes of agonizing work.

Wednesday was when the trouble started. Decadence had set in; radical ideologies and nationalism had taken root, and when my left lung was seized by a band of radical Ukaryians, who wished to found a perfect society there, my respiratory system quickly fell into civil war. The conflict spread, and by late afternoon it was clear that the bodywide civilization was doomed.

Their rapid technological growth had not ceased: that night as I lay in bed I could hear the tiny whine of infinitesimal prop aircraft, and then felt pinpricks as the Nosons carpet-bombed my jejunum, which was a disputed zone. I was extremely gassy that night.

In the morning I decided I had had enough. Going to the lab, I found the radio transmitter we used to communicate with their leadership, and I threatened to drop the Big One: enough quinine and penicillin to turn the Dannon Company into a raw-milk wholesaler.

To my relief, they came to the bargaining table rather than risk total destruction. My intestine was dismembered into its constituent states, the Gastro-Intestinal Empire finally coming to an end. My nose agreed to disarm, and inspectors were sent from the eyes to ensure compliance with the treaty. My brain and my gonads were declared neutral zones (the last at my own insistence). My appendix and my tonsils both fell from "superpower" status down into the ranks of the has-beens. A "League of Organs" was founded to keep the peace, although I remain skeptical about its efficacy.

Peace seems to have broken out, and I--and the physiopolitical situation--seem much healthier. I made some major concessions to make my body safe for germocracy, but it was well worth it.

I'd recently gotten intelligence that they were beginning research into nuclear fission.

Thespitron 6000 is a contributor (or poster or whatever) on alternatehistory.com and the author of A More Personal Union.
Posted by Mitro at 11:00 AM