In earlier installments of this series, I talked about common factors in alternate histories, how the long tail of divergence can also create an alternative setting, and the implications of the butterfly effect.

In this post I want to look at the factor that may lead to the most far-out alternatives of all: changes in the fundamental laws of physics or properties we believe are “givens.” When they are different from those in our own timeline, where do they take us?

First, though, it is necessary to distinguish between parallel and alternate realities.

Alternate histories stem from some kind of divergence from OTL. Whether that is a singular point, or the cumulative impact of many factors, these divergences can be identified. Prior to the first, the world was the same as we know it.

In a parallel history, there is no comparable POD. Rather, the world – although it may look similar to ours – is fundamentally different in some significant manner. Its earlier history was never an exact analog of OTL to begin with. Example of this are worlds and setting where, say, the speed of light is different than our own, the gravitational constant is different (see Raft, by Stephen Baxter), or sentient biology has always been ammonia-breathing or silicon based. This parallel world may exist alongside our and be reachable from ours, but it is not a divergence from ours.

Where the Two Meet

And yet, there are some cases where the basic principles of how the universe works can be different than we think, and yet result in a world that is an an alternate, not a parallel, to our own.

The crucial factor here is that the core difference between worlds must be a constant that we haven't yet defined in OTL. We must hold that element for an “unknown” or a “doubtful.”It is something we have not (yet) quantified, and cannot – in this timeline – state how, or even if, it functions.

If this is the case, then this leaves open the possibility that that very same factor may actually exist in our own world as well. In that case, we then experience our world and the other as two alternatives, not two parallels. 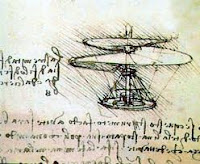 To make this more clear, let me give a hypothetical historical example. If Leonardo da Vinci had walked through a portal into 2011, he may have thought he entered a parallel universe: a world that has evolved different from his own because its laws of nature are different. People talk to each other at far distances, send messages and pictures through the air, fly overhead.

If he does not explain these things as magic, he will at least believe they rely upon principles unknown in his time. At the most extreme, he may wonder if the laws of gravity and sound function differently here.

If Leonardo were right on the last point, he would be in a parallel universe. But as it happens, he is right on the second: these are principles not yet known or identified in his time, that shape the world he is visiting. Aerodynamcs, telecommunications, electromagnetic theory and more: these are things we have quantified after Leonardo's time. They existed then too: but untested, unquantifed and effectively unknown.

When Leonardo goes home, he may attempt to invent a flying machine. Although he won't nail the theory of it, he is fumbling towards principles that will alter future events and lives in his timeline. 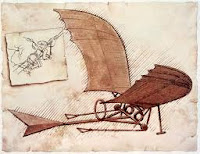 “The Rules Are Different”

When the underlying rules appear different between World A and World B, then either you have a parallel universe (where they are different), or you have an alternate world where folks have not yet figured out how those rules work.

This latter fact can lead to wildly divergent worlds in alternate histories.

Let's say, for instance, that in World A “psychic powers” are poo-pooed. Some people believe in them, some do not; the scientific evidence is inconclusive. But in World B, such powers have always been with mankind. Instead of doubting and disbelieving early psychic experiences, people took them for granted and wished to cultivate them. Because of this concentrated interest, principles and properties of these abilities began to be identified in the Classical Age; by the Middle Ages, some universities concentrated studies in this area. By the Age of Reason, focused research began to uncover scientific principles that explained the what and how of these abilities and made it possible for them to be more readily developed and used.

The societies and cultures that evolve in a world like this will be potentially very different from those in World A, where science and the public do not generally believe such powers even exist.

To make this a more plausible fictional scenario, there might also be a genetic reason why people on World B are more actively and consistently psionic than those on World A. In this case, a genetic mutation would be one long-tail point of divergence that contributes to the other changes described here. But the path of “psionics as applied art and science” could be developed simply by uncovering its principles far earlier than has occurred in OTL.

Another example of the “rules are different” approach is when magic is assumed to be real. Quite often stories of this sort are classified as fantasy because of the presence of magic, but depending on the historicity of the rest of the tale, some of these might be better classified as alternate histories.

Unlike psychic abilities, which at least have been scientifically studied in OTL, magic as a practice has received little examination by western science. At the same time – as with those who claim psychic experiences – those who practice magic believe in its efficacy. It is possible that there is a set of principles in World A (as yet undiscovered by the mainstream) that account for the what and how of magic.

In World B, where these principles were discovered long ago, and have been refined ever since, the existence of magic will not be questioned. Indeed, its practice and use will be a known aspect of “how the world works.” Its overall impact will be a function of how common the phenomenon is, and constraints on its use, but its existence alone is sufficient to cause some divergence in timelines.

Some books that have strong history-based settings and include magic could be deemed alternate histories, although they are not typically classified that way in book marketing. One example is Randall Garrett's Lord Darcy series, in which royal investigator Darcy uses magic and detective skills to investigate crimes in an analog to 19th century England. (Except that in this Plantagenet England, the Plantagenets have never left the throne.)

Another interesting example is Poul Anderson's classic Operation Chaos, marketed as “science fiction” (again, presumably because he describes a world unlike any we know, as I wrote about earlier). The premise of this book is a fascinating use of magic and alternate history:

In an alternate world, where the existence of God has been scientifically proven and magic has been harnessed for the practical needs of the adept by the degaussing of cold iron, the United States is part of an alternate Second World War in which the enemy is not Germany but a resurgent Islamic Caliphate, which has invaded the United States. Werewolf Steven Matuchek and witch Virginia meet on a military mission to stop the invading Islamic army from unleashing a secret superweapon, a genie released from a bottle in which it had been sealed by King Solomon. Together, they fight against the demon and incidentally fall in love with each other.

Rules may be different because of scientifically documented principles, or simply because an author has declared that things have been this way since the misty past. Much of the writing in paranormal genres falls into this category, with the premise that this is just like our world except that ghosts/vampires/demons/[fill in the blank] are real. Most of these stories do not concern themselves with historical events in the way that alternate histories do. Some, though, are noteworthy for that very reason: Chelsea Quinn Yarbro's Count St Germain series features an undying vampire who time and again is close to the heart of power and intrigue in many different eras of historical events – many of which are impacted by his actions.

The more believable alt histories seem to depict societies and events with a strong resemblance to OTL. So even where “the rules are different”, events and plausibility may not stray too far afield from known history. Ultimately, though, if a story depends on “rules being different” for its kick-off into divergence, this permits a great deal of variance at the actual point of story telling. No matter how far out the tale may seem, if its divergence stems from “different rules”, this too qualifies as an alternate history.


Deborah Teramis Christian is a science fiction and fantasy novelist with an alternate history work in progress. You can read more blog posts about this and related subjects at her website, Notes From the Lizard Lair.