Technology is an important aspect of any speculative fiction, and alternate history is no exception. One of the most common questions I get in my work is "what is the tech level?" While I do find that question annoying at times (mostly because it is so vague that any answer I could give would be incomplete), I cannot fault people for asking. Technology is not independent of history and society; these three shape each other and help distinguish an alternate world from our own.

Contrast this with online alternate history fiction, which is overwhelmingly in a text format. The visual media in online history is overwhelmingly maps and flags, with very few examples of alternate objects. This form of media does not lend itself to technological descriptions, because the entire story needs to take a detour just for the technology. This is particularly bad in the "encyclopedic" format I often write in. The bulk of the text describes history and the geopolitical situation, and must make an abrupt turn just for the technology.

I have noticed that alternate history works tend to have four different approaches to alternate history: OTL, OTL Plus/Minus, Post-Apocalypse and Punk. This does not include worlds which have implemented magic, because those expressly throw out the laws of reality that we are familiar with. 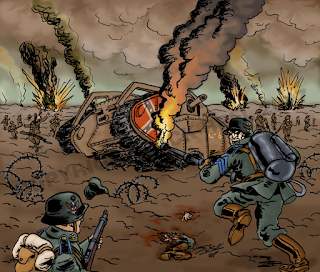 By far the most common approach to technology in alternate history, predominantly in written works, is simply paralleling OTL's technological development. The appeal of this approach is obvious: it is easy to implement and easy for the reader to understand. This approach is most often used in written alternate history, because the work can focus on the history and geopolitics of this alternate world. This is not necessarily a bad thing. A work that is focused on history and geopolitics may actually become worse if there is too much focus on the technology. Technology may be an unnecessary distraction, irrelevant to the tale being told.

Another, closely related approach to OTL is retarding or advancing the timeline's technology by a couple of decades, but more or less keeping technological development constant save for the time period. This is often done by killing off an OTL "great man" and setting back theoretical development by a couple of decades, or inventing a fictional "great man" to advance it. This approach is simple, and has the advantage of informing the reader that this is an alternate world. 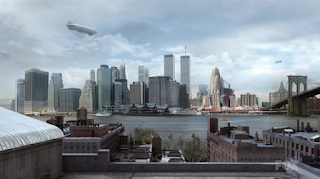 OTL Plus/Minus is the OTL approach, but with the addition of some anachronistic technology, or the removal of a technology that should have been developed by some point. This approach is also common in written alternate history, but also with visual alternate history. This is the approach of the infamous Zeppelins from Another World. Want a convenient way to show the reader that this is another timeline? Have a zeppelin dock with the Empire State Building in the modern day!

OTL Plus/Minus, like delaying or advancing OTL technology, is also simple, and can be accomplished by introducing or removing a "great man." Want to slow down the development of rocket technology? Kill off von Braun. It is also a simple way of getting across a difference in the world, without going too far. The rocket planes in The Man in the High Castle are mostly in the background, and their development is never touched upon, but they demonstrate the technological superiority of that timeline's Third Reich over the Japanese and over OTL in the 1960s.

A frequent technology of focus on OTL Plus/Minus timelines (apart from the zeppelin) is nuclear weapons. Nuclear weapons are like liquid nitrogen for a geopolitical situation: they freeze wars in their tracks, and can keep conflicts preserved for decades. Introducing nuclear weapons allows the author to be more creative with the geopolitical situation of his world, particularly with regard to ideology, while being able to explain why these opposing states have not yet gone to war. 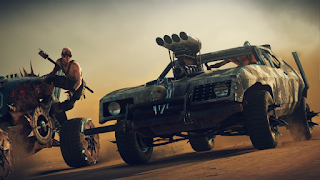 The post-apocalypse approach is a simple approach, one that even people who have never heard the term "alternate history" are familiar with. It is a world with a smattering of high technology from before the apocalypse, while most people are reduced to a primitive existence. This makes for interesting worldbuilding and compelling storytelling. Mixed with a punk approach (see below), and a world can be very different from our own. The Fallout series' popularity is largely in part due to that series' unique take on technology. 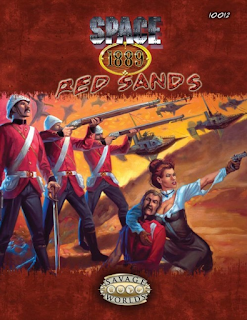 Punk-style alternate history is notable in that it ignores plausibility in favor of the narrative. Setting aside the fact that most punk technologies simply would not work, the geopolitics is often implausibly "frozen" in order to maintain the feel of the punk setting. Steampunk settings will often have the Tsar in St. Petersburg, the Chinese Empire, and of course, Britannia still ruling the waves (and the skies, and even possibly Mars). Of course, this is not a negative of the genre, and indeed makes a punk work more entertaining.

The punk approach is also frequently used with the Nazis, and is either a convenient way to explain their victory, or a way to explain why their Thousand Year Reich has yet to collapse by the time of the story's events. Personally, I find punk technology convenient because it informs the reader that what they are about to read is not a serious analysis of how the OTL Third Reich could have won WWII. Nazi giant robots are a great way to deliver the Mystery Science Theater 3000 Mantra.

Rvbomally is some guy on the Internet who likes history and science fiction. You can find his all of work on deviantArt. You can support him on Patreon.
Posted by Mitro at 11:00 AM