So if you haven't been following your favorite editor on Facebook, you probably didn't hear about the reason for the lack of content lately. Well here it is again: 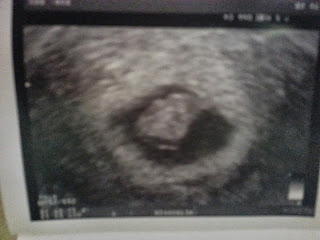 Its a little blurry, but that is the first pic of my kid, due this May. So sorry guys, but my wife and my unborn child are going to be taking up more of my time. I am planning on introducing a new recurring segment this Wednesday so hopefully I can promise you at least three posts a week.

Thank you for your patience.

The fictional mashup that brought the bard and Lucas' Star Wars together is now an audiobook from Random House. Now you can relive the saga of Star Wars in iambic pentameter.

The book will be narrated by Daniel Davis, Jonathan Davis, January LaVoy, Marc Thompson, and author Ian Doescher. Here is the description from the press release:


[T]his saga of a wise (Jedi) knight, an evil (Sith) lord, a beautiful princess held captive and a young coming-of-age hero, abounds with all the valor and villainy of Shakespeare’s greatest plays.

Full of feuding royalty, family melodrama, comical fools, and fantastic creatures, Star Wars has always been the most Shakespearean of Hollywood blockbusters. Now it’s presented in a manner that Shakespeare himself would recognize–with classic iambic pentameter and Elizabethan-style stage directions.

Return once more to a galaxy far, far away with this sublime retelling of George Lucas’s epic Star Wars in the style of the immortal Bard of Avon. The saga of a wise (Jedi) knight and an evil (Sith) lord, of a beautiful princess held captive and a young hero coming of age, Star Wars abounds with all the valor and villainy of Shakespeare’s greatest plays. ’Tis a tale told by fretful droids, full of faithful Wookiees and fearsome Stormtroopers, signifying…pretty much everything. Reimagined in glorious iambic pentameter, William Shakespeare’s Star Wars will astound and edify Rebels and Imperials alike. Zounds! This is the audiobook you’re looking for.

So if you are one of those nerds who actually like reading Shakespeare in high school, this may be a great book for you.

“After the first well-received War of the Vikings Alpha we began planning for the next phase and explored all options available to us,” said Gordon Van Dyke, Executive Producer of the War franchise. “We already knew we wanted to do another public Alpha and Beta, and we’d planned to offer pre-orders. After consideration, it was a no-brainer to go with Steam Early Access and kill two birds with one axe, and give our community ample opportunity to help shape the final product.”

Multiple packages are available for purchase during Early Access, including a Standard Edition, or the Blood Eagle Edition that will include a digital concept art book and soundtrack alongside exclusive gear. The incredible Valhalla Edition, War of the Vikings’ most premium package, will come with all in-game content unlocked, and will also grant access to all future content at no extra charge – along with the digital concept art book and an extended Deluxe Edition soundtrack. Every edition also grants players membership in the Early Access Club, which includes bonus loot and an additional shield pattern when the game is released.

If you play the alpha, let The Update know how it went. We need more content on games. 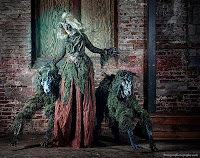 Oct 13: Last day to see the steampunk play "Navigator" in Atlanta, GA and the last day to enter the Alternate Histories Of The World by Matthew Bucholz giveaway.

Nov 7: Last day to submit your story to the Irregularity anthology.

And, as usual, I am too lazy to list all of the upcoming steampunk events listed at Tor.com so just go to their site and check it out.

10 Silliest Rules of Time Travel from Science Fiction by Charlie Jane Anders at io9.
Musings on Alternate History by unicornblues at Way too Fantasy.
Why I'm tired of seeing Nikola Tesla in science fiction by Lauren Davis at io9.

Cover reveal: a world turned upside down in Guy Adams' 'Once Upon a Time in Hell' at The Solaris Editor's Blog.
The Genre of ‘Alternate History’ and Its Fictional Application by BJ Avilla.
Historical Research for Alternate History is....Challenging by j_cheney at In the Void.
How Human History Could Have Turned Out (And Probably Should Have) by Matthew Buchholz at Gizmodo.
OLD MARS ed .by George R.R. Martin, 50 Page Friday at Scribd.
Sobel Wiki: a state of forgetfulness by Johnny Pez.
Sudden Industries Releases New eBook Series Targeted at Reluctant Boy Readers at Consumer Electronics Net.
Using Archive.org to Research Your Novel by Mark Lord.
Why Writing Alternate History is Both Awesome and Soul Crushing by Elizabeth May at Corsets, Cutlasses & Candlesticks.

If It Happened There ... the Government Shutdown by Joshua Keating at Slate.
John Judis's Counterfactual Reflections on World War II and the Federal Government Shutdown by Gavriel D. Rosenfeld at The Counterfactual History Review.
On October 1st 2013, Nigeria celebrates its 53rd year of Independence. Tolu Ogunlesi imagines the circumstances if this year were to mark the first at Wings.
Richard Dawkins on Hitler and the Tenuousness of Human Existence by Gavriel D. Rosenfeld at The Counterfactual History Review.
The Romneycare Counterfactual by Reihan Salam at National Review Online.
Swiss war game envisages invasion by bankrupt French by Henry Samuel at The Telegraph.
The Technological History of Science Fiction by Andrew Liptak at Kirkus.
Watch the Second World War unfold over Europe in 7 minutes by George Dvorsky at io9.
Why Doesn’t Science Fiction Care About the Threat of Nuclear Apocalypse Anymore? by Felicity Savage at Amazing Stories.

Elementary: 2.2: Solve For X at Thinking about books.
Johnny Alucard by Kim Newman at The Guardian.
Revolution 2.2: Reanimation at Paul Levinson's Infinite Regress.
Sherlock Holmes: The Stuff of Nightmares by James Lovegrove at Fantasy Matters.
Steampunk Holmes by P.C. Martin at Geek Dad.
Steampunk Originals, Vol. 1 at Geeks of Doom.

Matt Mitrovich is the founder and editor of Alternate History Weekly Update and a blogger on Amazing Stories. His new short story "Road Trip" can be found in Forbidden Future: A Time Travel Anthology. When not writing he works as an attorney, enjoys life with his beautiful wife Alana and prepares for the inevitable zombie apocalypse. You can follow him on Facebook or Twitter
Posted by Mitro at 11:00 AM