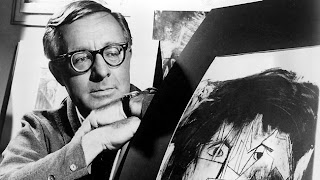 Ray Bradbury passed away today at the age of 91.  For those who do not know, Bradbury was a celebrated American fantasy, horror, science fiction, and mystery writer. Best known for his dystopian novel Fahrenheit 451 (1953) and for the science fiction stories gathered together as The Martian Chronicles (1950) and The Illustrated Man (1951).  Bradbury also contributed to the alternate history genre with his short story "A Sound of Thunder" a classic work of science fiction that truly encapsulated how the butterfly effect works.

I read Bradbury's classic Fahrenheit 451 when I was a teenager and it had an effect on me much like Orwell's 1984.  Speculative fiction lost one of the greats today.  Mr. Bradbury, you will be missed.

Matt Mitrovich is the founder and editor of Alternate History Weekly Update, a volunteer editor for the Alt Hist magazine and a contributor to Just Below the Law. One of his short stories will be published in the upcoming Echelon Press anthology, Once Upon a Clockwork Tale (2013). When not writing he works as an attorney in the state of Illinois and enjoys life with his beautiful wife Alana.
Posted by Mitro at 4:10 PM