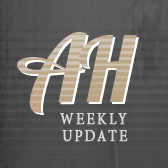 The above title is not exactly true. Admittedly, its hard for me to pinpoint the exact date I was introduced to concept of "alternate history". I've said a million times now that my first foray into alternate history was Worldwar: In the Balance by Harry Turtledove, which I probably read somewhere around 1999-2000.

That being said, I assume some of the TV shows and films I watched, like Back to the Future II, played around with the concept. Plus I am pretty sure I read a few Elseworlds books before I read Worldwar. No, what made Worldwar: In the Balance special, besides being an incredibly fun high concept idea backed by a good story and a compelling cast of characters, was the timing of it. I read that book just when the Internet was becoming widespread. Most homes at the time had at least one computer with a modem. Mine was in the basement.

Now as a socially awkward "millennial", I embraced the Internet pretty early and it is where I turned to find more books like Worldwar: In the Balance. It was through the Internet that I stumbled upon the online alternate history community. I was there in the early years of AlternateHistory.com asking questions and crafting my first timelines...and no don't ask to see them. I still to this day refuse to share my original user name, mostly because I am deeply ashamed of my earlier works. If you want a good laugh, go search for my name on Changing the Times and you will see some of my first and more regrettable forays into alternate history.

As the years went by I have done at lot in this community. I survived the fall of Alternia, I rebuilt the world after Doomsday, I guarded the time stream from trolls, I traveled all the way to the United Kingdom just to go sideways in time (where I almost got into a bar fight), I chatted with the master of alternate history himself and...I'm a Sidewise judge. Sorry, couldn't make that last one melodramatic enough.

Yeah I'm being silly, but who cares, right? I mean I created something that lasted five years! I mean the Internet is essentially a goldfish with ADD, so I'm still surprised people are reading this blog after five years. Admittedly I couldn't have done it without all of the great contributors who have submitted articles when I was too busy (or lazy) to write them myself. Special thanks to those people...and if you have been reading all of our #5Years guest posts, you have already run into a few of them and there are more to come before June is up.

Alternate History Weekly Update has been many things to me. It has been the source of my inspiration and the object of my frustration. It has opened doors and almost burned a few bridges. It has kept me busy when I am bored and it has distracted me from more important things. It also has helped keep me going when things were at their darkest.

A blog, however, is nothing without its readers. I wouldn't do all of this without your support. Thank you most of all for sticking with my silly idea of creating a news and review blog about alternate history. I don't know if there will be an end date in the future, but for now, I'm having fun and I'll keep going as long as I do.

Thanks again and now I'm off to celebrate Father's Day with my family.

Matt Mitrovich is the founder and editor of Alternate History Weekly Update, a blogger for Amazing Stories, a volunteer interviewer for SFFWorld and a Sidewise Awards for Alternate History judge. When not exploring alternate timelines he enjoys life with his beautiful wife Alana and prepares for the day when travel between parallel universes becomes a reality. You can follow him on Facebook, Twitter, Tumblr and YouTube. Learn how you can support his alternate history projects on Patreon.
Posted by Mitro at 9:57 AM