An Updated Guide to Lurking on AlternateHistory.com 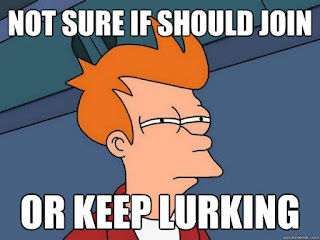 Last year I published a guide for lurking on AlternateHistory.com, by sharing what I thought were the best threads to follow for those who don't always want to be active contributors. People really seemed to like it so I decided to create an updated list. Besides the threads I mentioned in my last article, here are few other good threads to subscribe to:

Map Thread XIII: Wow have things changed since February 2014. Back then the alternate cartographers of AlternateHistory.com were only on Map Thread XI. XIII, however, is the current map thread for the forum and if you want to see the best maps of the community, this is the place for them. Of course, you can also find some good maps elsewhere, like...

Map of the Fortnight: This is the main thread for the unofficial forum map contest. Contestants have a fortnight (14 days) to create a map usually based on the current contest theme. All MotFs have their separate submission and voting threads, but the main thread is where you can get your updates on the contest. The most recent contest was MotF 122: And the Meek Shall Inherit the Earth.

Oneshot Scenarios: Similar to Bruce Munro's ASB settings, this was a thread started by Rvbomally for short alternate history scenarios, that often come with maps. Unlike Bruce's thread, this is opened to multiple users and it is a great place to find bite-sized alternate history goodies usually based on pre-existing universes. Bon appetit!

PlatoonSgt's Artwork: Maps are very important to my lurking at AlternateHistory.com, as you can probably tell from above. One of the best places to see high quality maps is Lynn Davis' (PlatoonSgt/ToixStory) artwork thread. Here Lynn will share completed maps, WIPs and other updates. If you like what you see, you should also check out Lynn's Patreon profile as well.

Flag Thread IV: If you have an interest in alternate vexillology you are not going to want to miss AlternateHistory.com's main thread for flags. Admittedly I don't know much about alternate history flags, but I am trying to learn more in case I reach my Flag Friday milestone on Patreon.

Stand-alone timelines: I have two timelines to recommend for those who want quick, easy reads in case you don't have time to commit to long and detailed alternate histories. The first is An Examination of Extra-Universal Systems of Government by Ephraim Ben Raphael, where the main character travels between different timelines to study various forms of government. There haven't been updates to this in a while, but Rvbomally has been making cover maps for a lot of the scenarios and those are always good.

The next one is False Dmitri's Affiliated States of Boreoamerica. In this timeline an alternate outcome to European colonization of North America leads to a more ethnically diverse America. This thread focuses more on culture and social issues instead of geopolitics, which already makes it unique compared to other alternate histories out there.

Are there any other threads you would recommend to a lurker? Let us know in the comments. Also let me know if you would like a lurking guide for other alternate history communities, like the AltHistory Wiki.

Matt Mitrovich is the founder and editor of Alternate History Weekly Update, a blogger on Amazing Stories and a Sidewise Awards for Alternate History judge. When not writing he works as an attorney, enjoys life with his beautiful wife Alana and prepares for the day when travel between parallel universes becomes a reality. You can follow him on Facebook, Twitter and YouTube. Learn how you can support his alternate history projects on Patreon.
Posted by Mitro at 12:00 PM