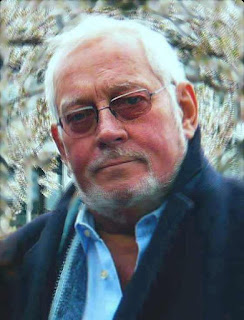 German SF author, Wolfgang Jeschke, passed away on June 10 according to File 770. Born in 1936, Wolfgang also edited numerous anthologies, won the Harrison Award for international achievements in science fiction and was the Guest of Honor at ConFiction, the 1990 Worldcon in The Hague.

He is perhaps best known for his debut novel The Last Day of Creation, which is actually an alternate history. It tells the story of an attempt by the United States to steal Arabian oil from the past, but they are interrupted by people from other timelines. The novel won the Kurd-Laßwitz-Preis award and the real-time strategy game Original War is loosely based off it. He also wrote The Cusanus Game which is primarily a time travel story, but it does include some alternate history involving technological advancement in Europe being jump-started in the 1400s.

It is always a sad day when we lose an alternate historian, but Wolfgang is an example that alternate history is not just a product of Anglo-America and proves people all across the world ask the most important question: what if? Wolfgang you will be missed.