As perfect as many of you see me as, even I make the rare mistake. For example, when I saw Rubberduck3y6's map of an expanded United States I thought it looked well done, but I otherwise was not impressed by the lack of story, so I didn't mention it in last week's Map Monday. Nevertheless, when I saw his companion map for the nation of Ursalia, I just had to talk about it this week: 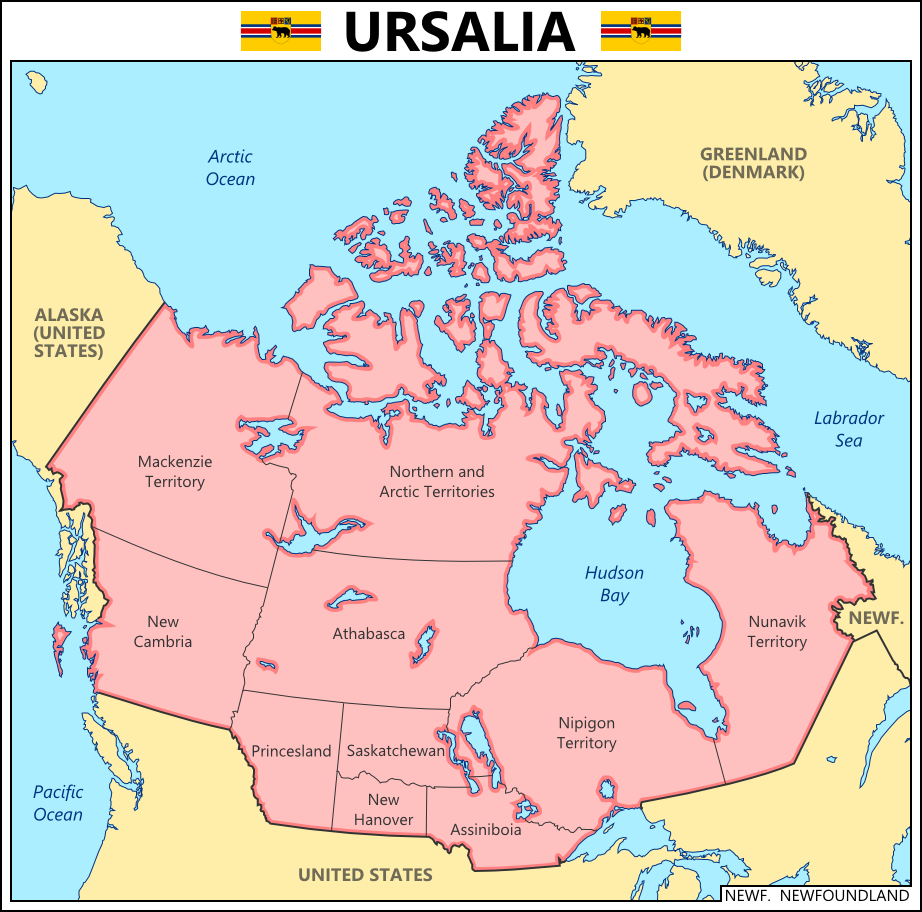 Like his last map, Ursalia lacks a story, but its the questions I have about its history that really intrigues me. Did this form out of the Hudson Bay Company's territory that the British maintained after losing the more populous parts of Canada to the USA? What is the culture of Ursalia like and do the Métis and Aboriginal Canadians have a greater role in this society? Is Ursalia part of the Commonwealth (if it exists in this TL) or is it a republic? So many questions. I would love to see a more fleshed-out scenario.

I end today's Map Monday by recommending the website Brilliant Maps, which has posted some awesomely weird maps lately, like what if the Mongol Empire reunited or Europe according to the Vikings in 1000 AD. If you want to submit a map for the next Map Monday, email me at ahwupdate at gmail dot com with your map attached and a brief description in the body of the email.