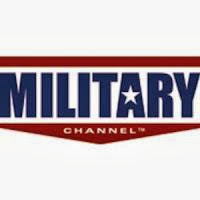 Hot on the heels of ABC's announcement regarding The Thirteen, a drama about a failed American Revolution, comes the Military Channel's special on an alternate Cuban Missile Crisis called What If...? Armageddon 1962.

Most Americans aren't aware that a deranged political fanatic named Richard Pavlick plotted to murder JFK with a suicide bomb in Palm Beach, Fla. Pavlick came within seconds of carrying out his plan just weeks before President-elect Kennedy was to take office. The Military Channel (in collaboration with NBC News' Peacock Productions) asks what if Pavlick had carried out his plot to assassinate Kennedy? What If...? Armageddon 1962 will premier on Tuesday, October 22 at 10/9c.

"In What If...? Armageddon 1962, the Military Channel shines a light on what is arguably the most important political event of the 1960s -- the Cuban Missile Crisis -- and how, with different leadership, much of the world might have been destroyed in a nuclear war," said Henry Schleiff, Group President, Investigation Discovery, Military Channel, and Destination America. "The film is a departure from the typical conspiracy theories that exist around the assassination of John F. Kennedy, resulting instead in a very plausible 'what-if' scenario that truly illustrates the pressure cooker of an unprecedented international crisis and its potential consequences for life and death."

The documentary (which will use archival film footage and photos) will focus on what might have happened if Lyndon B. Johnson was in office instead of JFK during the Cuban Missile Crisis. If this scenario sounds familiar to anyone, you are right. It is actually based off of one of the short stories in Sidewise nominated author Jeff Greenfield's Then Everything Changed. Greenfield will also provide commentary during the documentary along with historians John Gresham and Timothy Naftali, plus Sidewise winning author, and friend of The Update, Eric Swedin (author of When Angels Wept).

Wait a second...are they actually using alternate history writers in their alternate history documentary instead of the guy who founded Wikipedia?!?! Holy crap! This is the real deal. Everything I have been complaining about seems addressed by this single documentary. Excuse me for a second, I need to check to see if my cable provider gives me the Military Channel...