Clarke's Superiority and Applying Its Lessons to Alternate History 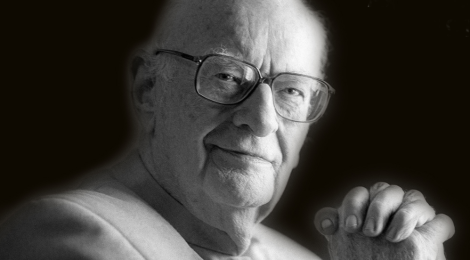 Jonathan Shaffer, a reader of our blog, sent me an interesting article by Ben FitzGerald of War on the Rocks, on what science fiction can teach us about modern military strategies.The article bases its arguments on "Superiority" by Arthur C. Clarke, a classic work of science fiction that has long been on my radar, but I have not read it until now.

A brief summary: "Superiority" takes the form of a written statement by an imprisoned military officer who attempts to explain how his more technologically advanced country was defeated by their more inferior enemy. He blames their defeat by their strategy to research and produce advanced weapons instead of relying on more reliable, older models, like their opponent did. The weapons don't perform as expected and thus the inferior enemy is able to defeat their rivals by producing more of the outdated technology.

"Superiority" is considered one of the best works of military science fiction and although it is not alternate history (the war is fought in space between opposing fleets) the lessons present in the story can help you the next time you set out to create an alternate history. Consider Spike's Alternate History, the defunct television show that suggested in their pilot episode the Germans could win World War II by having produced enough jet fighters to defeat the Allies at D-Day. Now history tells us that the Germans worked on several wunderwaffe, like jets and V-2 rockets, and fiction has invented even more, like flying saucers and die glocke. What Germany did in history and fiction reflects their real strategy of finding a wonder weapon that would bring total victory. Instead the stuff the Germans invented, while ahead of their time, failed to defeat their enemies who could overwhelm them with more men and materials.

How does this apply to your alternate history? A lot of implausible timelines begin when the author decides to give someone in the past technology that is not available at that time. This could range from technology that could reasonably exist, but was never invented until someone smart enough came along, to alien space bats coming down and giving AK-47s to the Confederacy. The problem is that while cutting edge technology can do amazing things, it can be buggy and unreliable in early generations. Furthermore, once something leaves the lab, unexpected problems can arise once used in the field. On top of all that, if we are talking about military technology, finding the proper tactics to apply when using said technology may not be finalized until its time to fight the next war. Thus new and advanced technology may not actually change the outcome of history the way you wish it to.

Some alternate historians have already taken the lessons of "Superiority" to heart. In Eric Flint's 1633, the character John Chandler Simpson references the story as an example of why the Swedes shouldn't be to hasty to adopt future technology, lest they find themselves without functioning equipment while surrounded by the enemy. I recommend following Flint's example. Don't rely too heavily on power of technology or you may end up with an implausible timeline.

What do you guys think? Let us know in the comments.