The Mammoth Book of Gaslit Romance edited by Ekaterina Sedia

A fantastic collection of stories of love and intrigue that focus on the trappings of the popular Victorian era, enlivened with fantastical elements and incorporating some noir and detective pieces, by O. M. Grey, Leanna Renee Hieber, N. K. Jemisin, Eliza Knight, Sarah Prineas, Delia Sherman, Genevieve Valentine and many more.

The Traders' War: A Merchant Princes Omnibus by Charles Stross

The Traders' War -- an omnibus edition of the third and fourth novels in Charles Stross's Merchant Princes series.
Miriam was an ambitious business journalist in Boston. Until she was fired—then discovered, to her shock, that her lost family comes from an alternate reality. And although some of them are trying to kill her, she won’t stop digging up secrets. Now that she knows she’s inherited the family ability to walk between worlds, there’s a new culture to explore.
Her alternate home seems located around the Middle Ages, making her world-hopping relatives top dogs when it comes to “importing” guns and other gadgets from modern-day America. Payment flows from their services to U.S. drug rings—after all, world-skipping drug runners make great traffickers. In a land where women are property, she struggles to remain independent. Yet her outsider ways won’t be tolerated, and a highly political arranged marriage is being brokered behind her back. If she can stay alive for long enough to protest.

The Wayward Eight: A Contract to Die For by Robert E. Waters

Ex-Confederate officer Captain Marcus Wayward and his infamous “Eight” are on a deadly mission. The Union has contracted them to find and kill the most notorious scientist in the world; Doctor Burson Carpathian, who resides somewhere in the forested interior of Arizona. Carpathian is protected by an undead horde of his own construction, and powered by the miracle fuel RJ-1027, they will defend him to the death.

The chance for Wayward and his mercenaries to acquire fame, fortune, and immortality on such a mission is too great to refuse. The journey is fraught with perils and pitfalls – outlaws, Union troopers, thrill-seekers, Shifters of the Warrior Nation, and even other mercenaries hell-bent on finding and killing Carpathian first. When a shadowy force known as the Dark Council gets involved, the way becomes even deadlier. But the biggest challenge for Captain Wayward could very well be his own people, who begin to question the nature of the mission as it unravels.

1636: The Barbie Consortium by Gorg Huff and Paula Goodlett

Prequel to 1636: The Viennese Waltz. The Barbies are rising. After their West Virginia town is transported to 1630s continental Europe, a group of teenage girls discover that bringing future technology and future business practices to a backward Europe just emerging from the Middle Ages can be very lucrative indeed—and might even change the course of empire.

The Mind's Eye by Christopher Nuttall

For centuries, men have been dreaming of telepathy, the power to read and influence the minds of others. Now, all around the world, telepaths are finally starting to appear. Men and women are developing awesome powers with the potential to dramatically change society. Governments are soon starting to become aware of them, even recruiting them, while striving to keep knowledge of their abilities hidden from the general public. Academic researchers too are discovering telepaths and it isn’t long before awareness of their existence starts to spread. But non-telepaths, ordinary people, don’t want to have their minds read or controlled; the telepaths soon find themselves widely regarded with fear and hatred. Inevitably, some of them want to fight back. 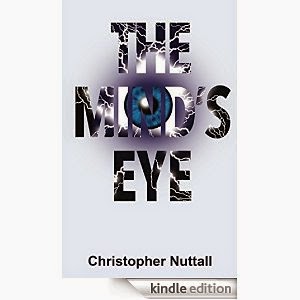 In this alternative history, albeit set in the near-future, Christopher Nuttall explores the likely impact of the appearance of telepathic abilities in some members of the human race. While telepathy and related psionic abilities have long been a mainstay of science-fiction, the impact of their emergence has not been as well imagined as, say, that of fantastic mutations. Almost everyone has something to hide, thoughts they wouldn’t want made public. Governments have secrets they wish to keep, whether for national security or just to hold on to power. How would the general populace react to mind-readers in their midst? How would telepaths respond when threatened by a frightened mob, or constrained by politicians fearful of the disclosure of scandals and long-buried secrets. Intelligence agencies would be both alarmed at the threats and intrigued by the possibilities. Would all nations respond in the same way?

And then there’s the endless possibilities for criminals and terrorists…