Although rvbomally made the map that I am featuring below, it was inspired by General Finley so they both get credit for this one: 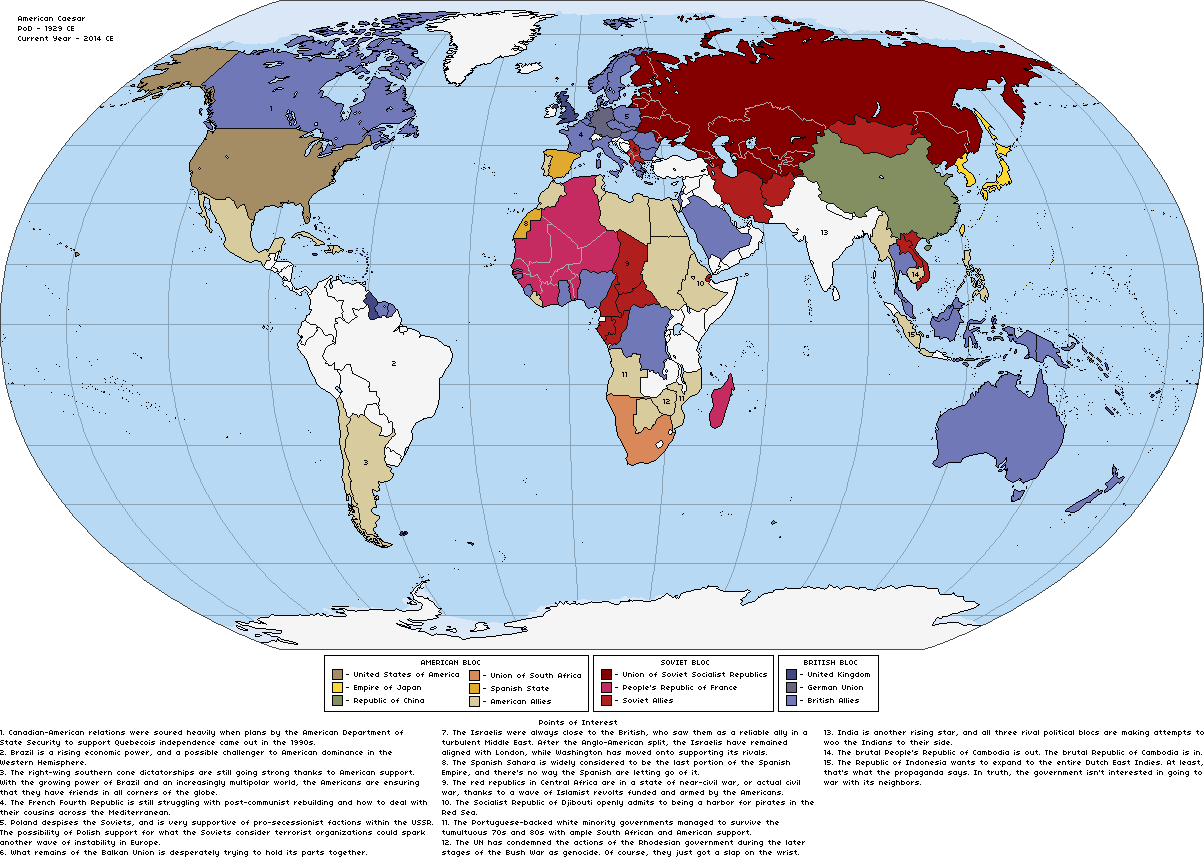 In this universe, Douglas MacArthur established a military dictatorship after a civil war with a communist faction, turning the Cold War on its head. Rvbomally's map is set in the future of General Finely's scenario, but what I liked best of both is how it got the gears in my mind turning.

You see neither alternate cartographer went into much detail about why there was a "Second American Civil War" in the first place. Looking at the first map and second map together, you get the idea there was a lot of changes in the 1930s. An America without a New Deal, an Imperial Japan that avoided war in China and a Soviet Union that defeated Nazi Germany and "liberated" Europe on its own are just a few possibilities. I can't pin point an exact POD that would lead to MacArthur taking over America in 1940, but certainly there were a lot of changes that would make a great alternate history if anyone decided to flush out the timeline.

Honorable mentions this week go out to Bruce Munro's map (description here) on a more plausible Crystal Empire by L. Neil Smith. If you want to submit a map for the next Map Monday, email me at ahwupdate at gmail dot com with your map attached and a brief description in the body of the email.