Thanks for all of the feedback I have been getting after the announcement of the Voices from Alternia podcast. I already got some volunteer panelists, some new ideas for topics and plenty of people looking forward to subscribing. Remember, this is a podcast for YOU, the alternate historian. What do you want to hear us talk about? You are our potential audience and we want to hear from you.

A reminder, tomorrow is the last day to enter your name into the The Adjacent book giveaway! Not many people have entered yet, so the odds are very good for someone to win.

Phoenix Pick released the next installment in the Stellar Guild series: "The Aethers of Mars" by Eric Flint and Charles E. Gannon.

In this steampunk, alternate history version of events, circa 1900, Cecil Rhodes rules Mars and is on his way to transforming the British Empire into his vision of a powerful force, managed by the “right” type of people. But all is not well. As the Aethership Agincourt races from Earth to Mars, it may be bringing along the legendary assassin and revolutionary, Savinkov, who may single-handedly change the course of history once again. And hot on the heels of Savinkov come secret Russian agents whose agenda may be quite different from everyone else’s.

This story was actually released last week, but for some reason it escaped my notice. Nevertheless I thought you guys would be interested in checking out a work co-written by one of the biggest names in alternate history and a Nebula finalist. 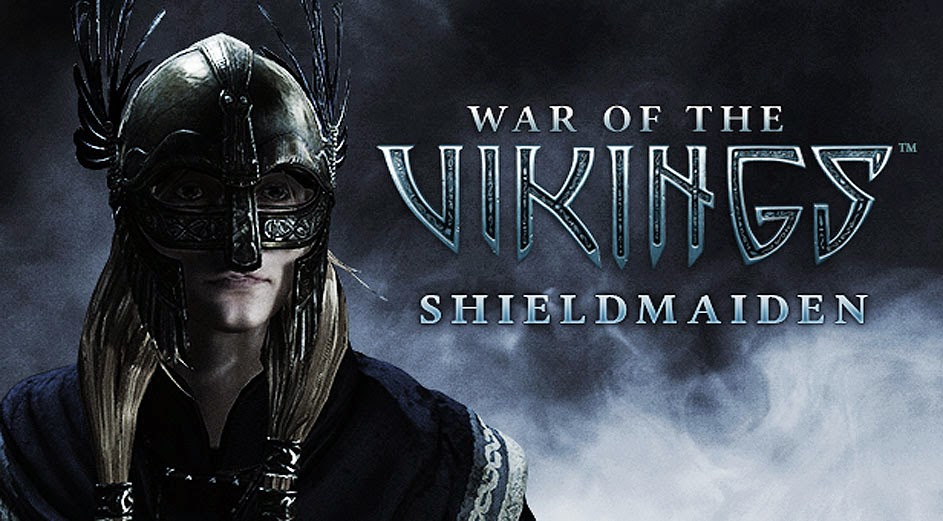 Paradox Interactive announced the addition of female characters to War of the Vikings, the close quarter combat game developed by Fatshark. The Shieldmaiden mini-expansion adds new maps, new weapons and the option to play as female combatants in a new pre-defined class for both the Viking and Saxon factions, with designs inspired by history and real-world accounts of brave warrior women, and comes at no cost to all players.

“Out of all of the research and study that went into designing War of the Vikings, the history surrounding shieldmaidens was some of the most fascinating and controversial,” said Gordon Van Dyke, Executive Producer for Paradox’s War series. “Our design reflects the preparations that any warrior, male or female, would have made for battle: practical protection, not sexualized fantasy. We’ve saved the physics for the combat, where it belongs.”

This update launches alongside a new DLC package that adds a wealth of customization options to the new female warriors – absurd and nonsensical ‘boob armor’ not included. Owners of the of the Blood Eagle and Valhalla editions of the game will have this customization DLC already included, base game owners can purchase the customization DLC for $4.99.

This week we begin our video gallery with another video from the AlternateHistoryHub, featuring a timeline where Best Korea won the Korean War:
We continue with another shout out to Glorious Leader with a game called Glorious Leader!:
We end with a look at the new trailer for Nolan's Interstellar:
Although the film looks more SF than alternate history, some preliminary research done by myself suggests that time travel and parallel universes play a part. Only time will tell what the plot of this secretive film really is, but I will keep an eye on it in case we find ourselves with a big budget alternate history film on our hands.

AMAZING PEOPLE In the News: John Dodds Releases The Mechanikals at Amazing Stories.
Ben Blattberg on WOLFHOUND CENTURY by Peter Higgins at SF Signal.
The Enceladus Crisis (Excerpt) by Michael J. Martinez at Tor.
Guest Post: A Case of Spontaneous Combustion at The Chrishanger.
Hayford Peirce's Alternate Histories "Napoleon Disentimed" and "The Burr in the Garden of Eden" at Ifnicity.
How the Cover Was Decided for V. E. Schwab’s New Book A Darker Shade of Magic at Tor.
If the British Won… by Paul Aron at Common-Place.
Review: 'The Blonde': Marilyn Monroe Reinvented as Soviet Spy in Counterfactual Thriller/Biography at Huntington News.
Review: Liberty 1784: The Second War for Independence by Robert Conroy at Ifnicity.
Review: V-S Day by Allen Steele at Thinking about books.
Trudi Canavan: Multiple Worlds Stop Fantasy Travel Boredom at SciFiNow.
What Michael J. Martinez Learned from “The Empire Strikes Back” at SF Signal.

Counterfactual and Traditional History (Plus News)

9 'Game Of Thrones' Moments That Actually Happened In History by William Rosen at Huff Post Books.
10 Alternate History Movies by Leigh Singer at IGN.
Da Vinci's Demons 2.8: The Talking Head at Paul Levinson's Infinite Regress.
Elementary: Season 2, Episode 24. The Great Experiment (2014) at Thinking about books.
​Is The CW's Reign Secretly A Fantasy Show? by Genevieve Valentine at io9.
Penny Dreadful: Intelligent, Shocking, and Promising at Paul Levinson's Infinite Regress.
Review: Timecrimes at Sci-Fi Fan Letter.
Review: War of the Worlds: Goliath at Dieselpunk.
This Could Have Been The Face Of The New Godzilla by Charlie Jane Anders at io9.

Even More Awesome Video Game Alternate Timelines by Eriq Martin at IGN.
In The Grim Darkness of the 1940s, There Is Only War... by Matthew Quinn at The World According to Quinn.
Review: GURPS Alternate Earths 2 at Other Times.