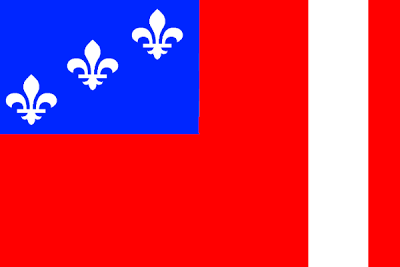 In 1788, the United States Constitution was being ratified by many of the States. By the end of the year only Rhode Island and Saint Lawrence had not ratified the document. The French-speaking and culturally different inhabitants of the colony had too many differences to the British-stock Americans. In 1789 Rhode Island joined the Union, but Saint Lawrence finally declined to join the new political entity.

By 1800 the flag has three Fleur-de-lis. They represent the Provinces of Saint Lawrence and Quebec while the third represents the unorganized territories around the great lakes.