When the Allies and Nazis develop time-diving technology that could see the course of the Second World War derailed by creatures from the Cretaceous, only the Sarge and his band of misfit soldiers can save the future - by saving history!

Dinosaurs! Giant crocodiles! Time travel! Nazis! Albert Einstein with a machinegun! All that barely scratches the surface of this astounding, fully-painted pulp spectacular!

It Came! by Dan Boultwood

But waiting for them outside is a most unwelcome visitor: Grurk, an indestructible, monosyllabic robot from outer space, on a mission to harvest the British Blitz spirit for energy!

Pursuing Grurk in their Morris Minor, will Boy and Doris be able to save the British from a life without stiff upper lippedness, or will Her Majesty's Kingdom be forever resigned to a life down in the mouth?

Witty, satirical and a rollicking good laugh, IT CAME! is a stunning piece of work, infusing the best (and worst!) bits of the 1950s B-movie with whimsical British charm.

The Court Martial of Robert E. Lee by Douglas Savage

On the first day of July 1863, Robert E. Lee’s Army of Northern Virginia accidentally crossed swords with George Gordon Meade’s federal Army of the Potomac. They clashed at a tiny Pennsylvania crossroads called Gettysburg. Three days later, at least 22,000 Confederate men and boys were dead, wounded or captured, and the Yankees held the field when the river of bloodshed finally stopped. Gettysburg was General Lee’s worst defeat on an open field of battle.

In The Court Martial of Robert E. Lee, a discouraged Confederate Congress summons General Lee to Richmond in December 1863, to face a board of inquiry on the Battle of Gettysburg. Through this speculative board of inquiry, the reader is drawn into the true history of the Army of Northern Virginia and the real political personalities and true political intrigue of Richmond in 1863. Will General Lee be relieved of command? Perhaps sent into retirement borne of catastrophic failure, leaving behind forever his beloved Army of Northern Virginia? The reader feels his pain and the anguish of a defeated general who wrote four months after Gettysburg that, “My heart and thoughts will always be with this army.”

Science Fiction is our conversation with the future; politics are our conversation with each other. Strange Bedfellows - as in 'politics makes strange bedfellows' - contains short fiction from the best writers in the field including including Nebula Award-winner Eugie Foster; writers who are passionate about the importance of ideology and political action as a source of solutions as well as problems. 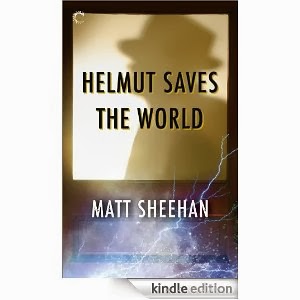 My name is Helmut Haase and I'm one half of the Fog City Detective Agency—specifically, the half that pays all the bills. My partner, Shamus O'Sheehan, mostly drinks beer and naps. I keep him around because he's my friend, but also because he's a Druid. I'm just a detective, and there are plenty of those in Wudong, the Confederacy of Hesperia. There's not another Druid for miles.

We had it pretty good until the day we met Alek Pallas. He hired us to track down a thieving employee, and even though something was off, his big fat check was too much to pass up. But the man we found wasn't what we were led to believe, and neither was Alek.

Why am I telling you all this? Someday I'd like some credit for saving the world. Maybe not the entire world, and maybe not alone, but I still deserve a medal. And perhaps a cash prize.

A Taste of Blood Wine by Freda Warrington 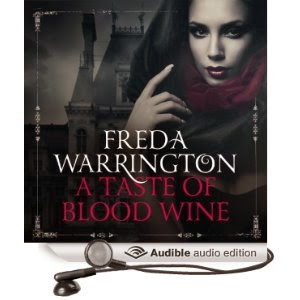 1918. A First World War battlefield becomes the cosmic battleground for two vampires, as Karl von Wultendorf struggles to free himself from his domineering maker, Kristian.

1923. Charlotte Neville watches as her father, a Cambridge professor, fills Parkland Hall with guests for her sister Madeleine's 18th birthday party. Among them is his handsome new research assistant Karl - the man Madeleine has instantly decided will be her husband. Charlotte, shy and retiring, is happy to devote her life to her father and her dull fiance Henry - until she sees Karl...

For Charlotte, it is the beginning of a deadly obsession that sunders her from her sisters, her father and even her dearest friend. As their feverish passion grows, Karl faces the dilemma he fears the most. Only by deserting Charlotte can his passion for her blood be conquered. Only by betraying her can he protect her from the terrifying attentions of Kristian - for Kristian has decided to teach Karl a lesson in power, by devouring Charlotte.