So I had a "Super" distraction this weekend, so I apologize if this Weekly Update is sort of sparse. I just didn't have the time to write. I am keeping this editorial short, but I do recommend checking out Atomic Machines: An Atompunk Sampler by Mark Appleton, who may be returning with a sequel in a few weeks.

You Can’t Kill the Multiverse (But You Can Mess With its Head) by Ira Nayman is now available as an e-book from Elsewhen Press (and will be available in print in April). Ira writes: “This book is a sideways sequel to my first Transdimensional Authority novel, Welcome to the Multiverse. It contains half the calories and twice the taste! Both have been published by Elsewhen Press, a British publishing house that specializes in speculative fiction.”

Here is a description of the novel from Elsewhen:


It’s just another day in the Transdimensional Authority, with teams of investigators doing what they do best (well, after breakdancing) – investigating. Bob Blunt is en route through a Dimensional Portal to Earth prime 4-7-5-0-0-7 dash iota to investigate cars exhibiting most uncarlike behaviours — ribbit! (Breaking all of the Transdimensional Authority rules… number 127, he is without his partner, ‘Breakfront’ Balboa, who is on leave after an unfortunate incident with the Vulvar Ambassador to Earth Prime and a staple gun). Beau Beaumont and Biff Buckley have already arrived on Earth Prime 5-9-2-7-7-1 dash theta to find themselves surrounded by machines whose only intention is to serve human masters — even if it kills them!

Recently recruited TA investigator Noomi Rapier, with her partner ‘Crash’ Chumley, is on Earth Prime 6-4-7-5-0-6 dash theta where all matter at all levels of organisation (from sub-atomic particles to the universe itself) has become conscious. Meanwhile Barack Bowens and Blabber Begbie, taking the Dimensional DeLorean to Earth prime 4-6-3-0-2-9 dash omicron, face multiple apocalypses (already in progress), and Bertrand Blailock and Bao Bai-Leung are having trouble travelling to their intended destination: the home of the digital gods.

At first, they all appear to be looking for unauthorised and probably counterfeit Home Universe Generator’s, but could what’s really happening be more sinister? (Yes. Yes, it could. We wouldn’t want to leave you in suspense…)

An alternate history comedy? Curious. Let us know in the comments if you have checked this book out.

You guys loved the maps last week, so I combed the Internet for some more and here are a few that caught my eye. First up, a fun map from Baconheimer at AH.com showing the American football teams in Britain: 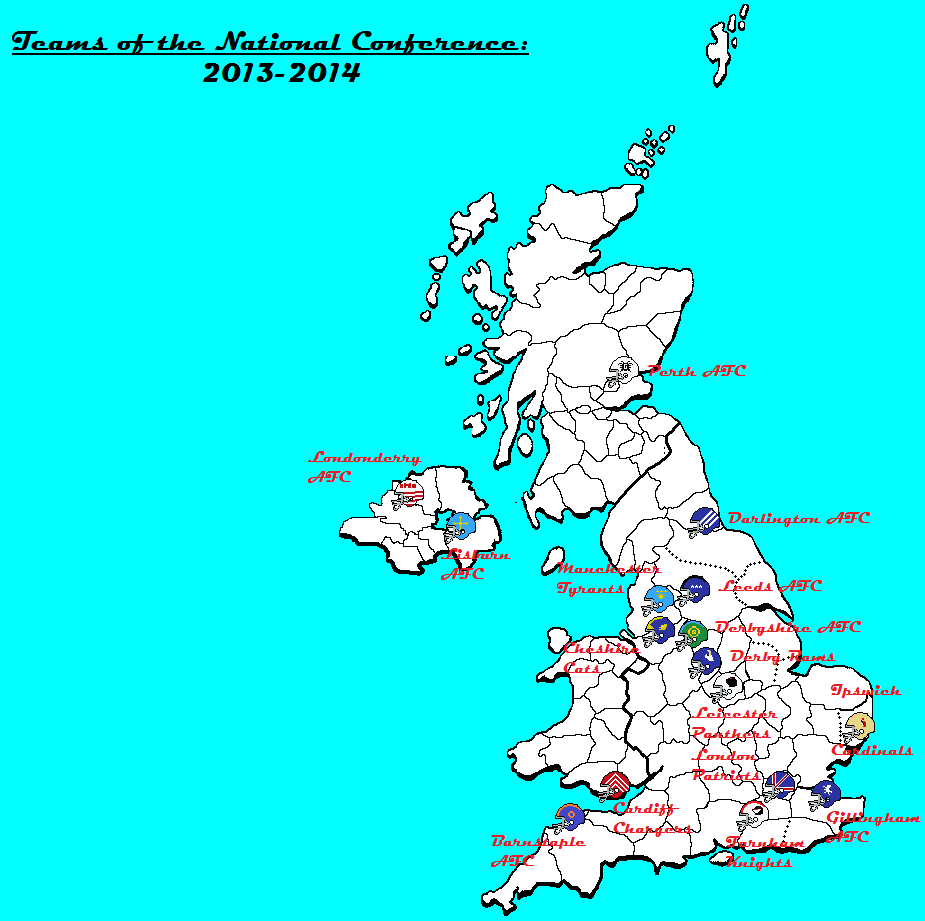 Next up, I was contacted by Sapiento who asked me about featuring one of his alternate history maps. He has some great examples in his deviantart gallery, but being a Crusades geek I picked his Kingdom of Jerusalem map: 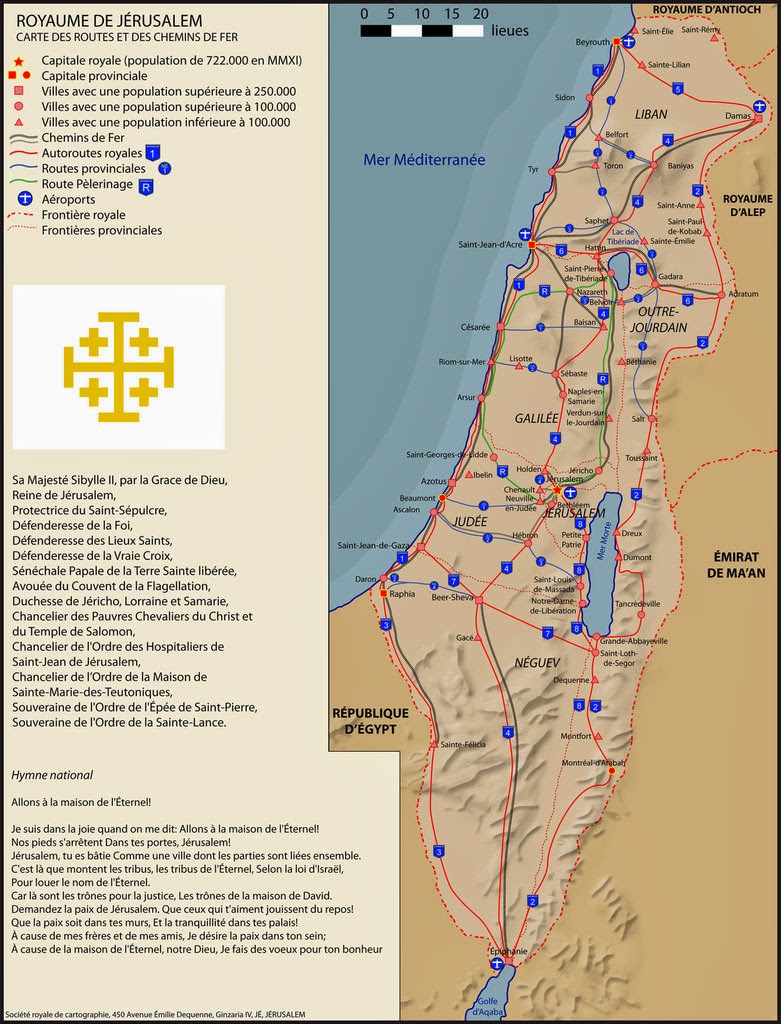 And finally I have to share another map from one of my favorite map makers at AH.com, Bruce Munro. Called "Old World", it features a timeline where the Americas never existed:

Only two videos this week, both from Paradox. First up, the trailer for the next Crusader Kings II expansion, Rajas of India:
And then we have the progress trailer for War of the Vikings:

March 15: Deadline for the Simon451, a writing contest for students with speculative fiction novels.

August 14-18: Loncon 3, the 72nd World Science Fiction Convention, will be held in London (where the Sidewise Awards will be announced).

Back to the Future coming to the stage at SF Scope.
On Being a Book Reviewer by Lacy LeBlanc at Apex Publications.
The Other Victoria: Steampunk’s Queen by Steve Fahnestalk at Amazing Stories.

10 Failed Utopian Cities That Influenced the Future by Annalee Newitz and Emily Stamm at io9.
An Alternate History For Kansas Day by Jay Price at KMUW.
Freedom Drop: The 1968 plan to nuke North Korea by Ed Grabianowski at io9.
Is Pres. Obama A Time Traveler? This Photo Raises Questions by Tiffany Willis at Liberal America.
The Last Days of Blackbeard by Colin Woodard at Smithsonian.

Who’s Afraid of a Counterfactual? Cancelling the film "CSA" (The Conferederate States of America) by Gavriel D. Rosenfeld at The Counterfactual History Review.

Delilah S. Dawson at The Qwillery.
Ian Sales at Sense of Wonder.