Thank you everyone for the condolences I received last week. I appreciated all of the kind words and stories from others who suffered the same tragedy. This might sound odd to say, but it does help to know that my wife and I aren't freaks. There are others who have experienced the same loss, thus we are not alone.

Back to the blog, I am filled with a new sense of purpose and I am extremely interested to move this beast in a different direction. I don't want to go into specifics, in case I end up not doing anything and disappointing some readers, but here are some ideas I am toying around with:

If you have any interest in the above or else can at least give me advice on how to proceed, please leave a message in the comments below or email me at ahwupdate at gmail dot com. I realize many of these ideas will require some cash to fund, so I have also been thinking about Kickstarter and other crowd funding sources. Advice on that will be welcomed as well.

Big announcement last week from Paradox was the coming of Hearts of Iron IV, the next installment in the grand strategy series set during World War II. Paradox promises fans : "the most authentic real-time simulation of World War II to date, with authentic historical figures battling on land, sea, and air with period-accurate armies, vehicles, and newly discovered weapons of mass destruction – along with plenty of diplomatic and trade tactics."

Watch the announcement trailer below:

I have played the first two Hearts of Iron games and found them to be incredibly fun ways to mess with history. One of my more memorable moments was time I played as Turkey. After joining the Axis powers early in the game, I made some amazing gains that saw me fighting the South Africans in modern day Zimbabwe. Sadly free time has been limited so I don't think I will get to play the newest edition to the series.

Are you looking forward to playing Hearts of Iron IV? Let us know in the comments below.

A few maps caught my eye this week. First, an alternate Dragon Ball map. Yeah, I know, sounds weird, but Promethean at AH.com managed to actually come up with an intriguing scenario (click the link to read it yourself) where our heroes become warlords and carve out personal fiefdoms on their version of Earth: 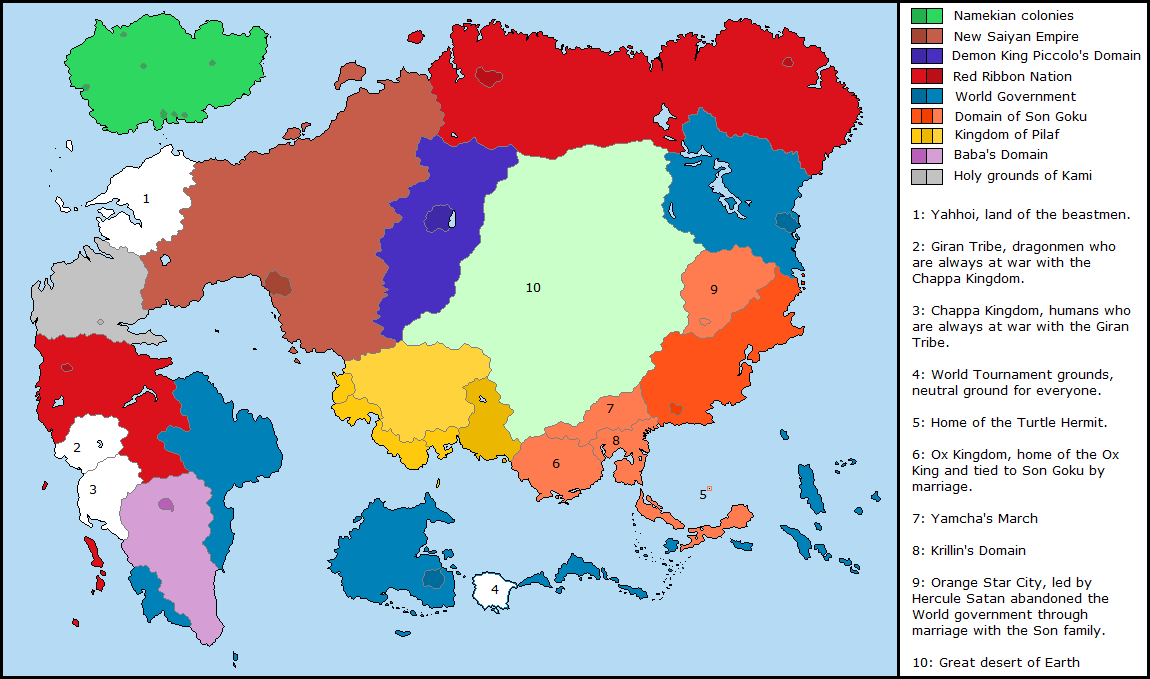 Next we have another AH.com map, this one by Ephraim Ben Raphael featuring an alternate take on Stirling's Emberverse (which was somewhat controversial when I posted on the SM Stirling fan group on Facebook): 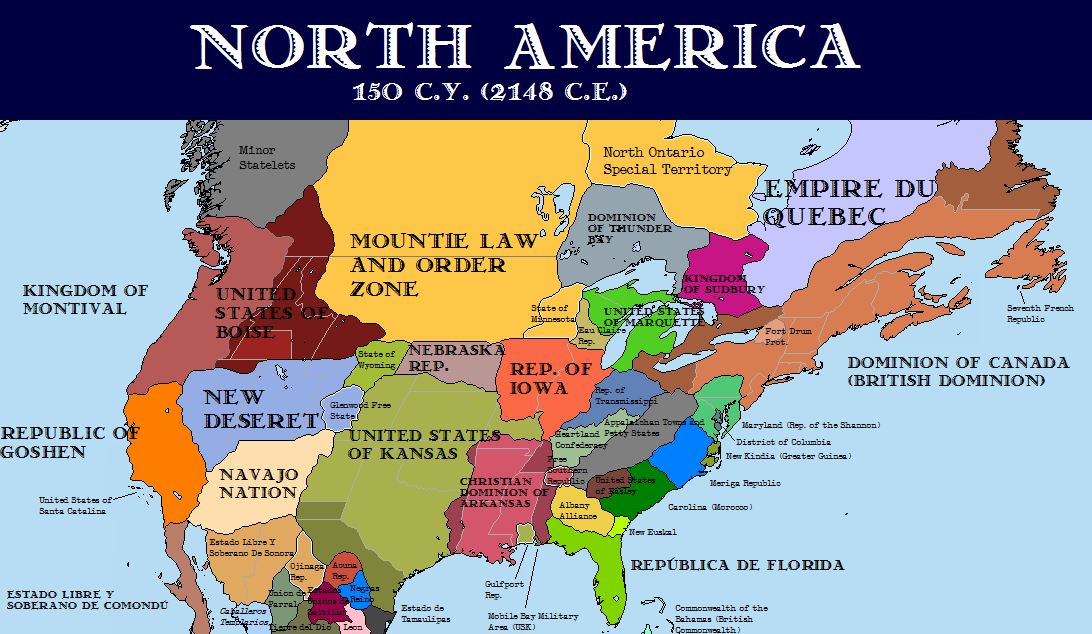 Finally we round out the week with this interesting map by Ben Carnehl (creator of the ethnically balkanized United States map) featuring a "a dieselpunk authoritarian monarchist rump Germany, following totalitarian revolutions in the rest of central Europe": 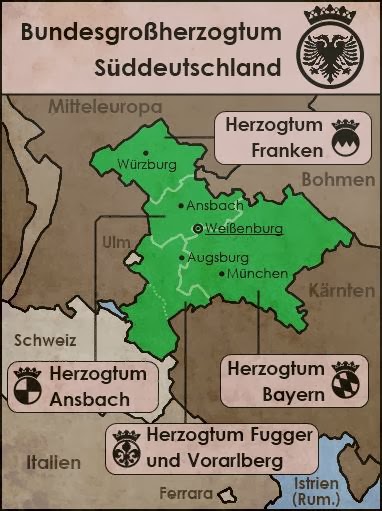 If you have maps you would like to see on the Map Gallery, shoot us an email. Maybe this will become our next weekly post. 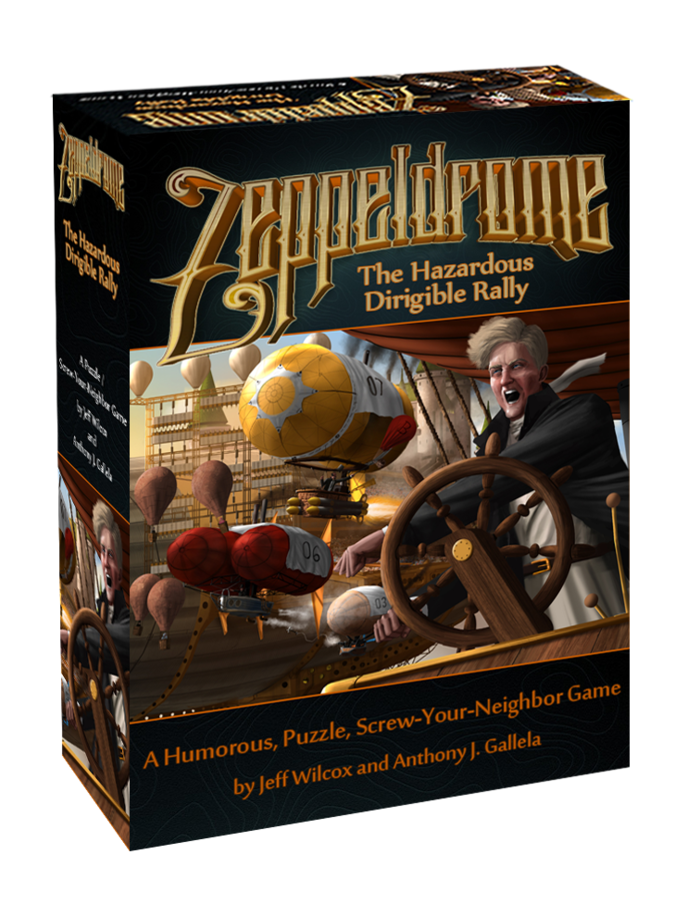 February 20: Last day to fund the Kingdom Come: Deliverance Kickstarter by Warhorse Studios and the Steampunk For Simpletons Kickstarter by Travis I. Sivart.

Also check out Tor's list of steampunk events for February.

Historically logical or completely bonkers? The sliding scale of alternative history by Alison Morton.
The Right Way to Write for a Living by Robbie Blair at Lit Reactor.

Anglo-German War Post-Invasion of 1950 by Chris Nuttall at The Chrishanger.
Cover Revealed - Macaque Attack by Gareth L. Powell at The Qwillery.
A Great Castle Made of Sea: Why Hasn’t Susanna Clarke’s Jonathan Strange & Mr Norrell Been More Influential? by Jo Walton at Tor.com.
Living With the Nazis by Felicity Savage at Amazing Stories.
Mosey On Up to a Weird Western Shindig by John DeNardo at Kirkus.

5 Famous Pieces of Presidential Trivia (That Are Total BS) by Alex Hanton at Cracked.
Alternate history: 49ers win by David Ebner at Medium.
Alternate History: Had King Lived by Martin Sieff at The Globalist.
An Alternative History of the Egyptian Revolution by Maged Atiya at Atlantic Council.
Did a Victorian-era penny dreadful inspire the creation of Batman? by Ria Misra at io9.
History Branched #1: Introductions, Atomic Bombs, and Imperialism by Matt Foss at A Branch Historic.
The Lawyer and the Scientist Who Predicted the Atomic Bomb in 1915 by Ron Miller at io9.
The Man Who Could Have Shot Hitler by Gavriel D. Rosenfeld at The Counterfactual History Review.
The Racially Fraught History of the American Beard by Sean Trainor at The Atlantic.
What caused a 10-year winter starting in 536? by Annalee Newitz at io9.

1920: America's Great War by Robert Conroy at Deseret News.
Anatomy of Steampunk by Katherine Gleason at Amazing Stories.
Hild by Nicola Griffith at io9.
Our Mathematical Universe: My quest for the ultimate nature of reality by Max Tegmark at New Scientist.
Muses of Roma by Rob Steiner at DaveBrendon's Fantasy & SciFi Weblog.
Papers, Please at Ramblings of the Easily Distracted.
Revolution 2.12 at Paul Levinson's Infinite Regress.
The Rocketeer, Hollywood Horror at The Gatehouse.
Sherlock 3.1 at Thinking about books.