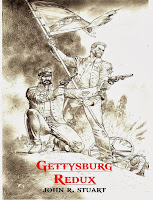 When one examines the history of North America and examines the pivotal points and critical moments on that timeline there are numerous moments when history of the continent could have veered off the current course and taken the world in entirely different directions.

I believe critical moments can be placed more within the British history of North America than in U.S history. One can hypothesize forever on what the world would have looked like if the British had successfully quashed the American Revolution. Would this have caused a tighter British grasp on the Canadian colonies to the north?

Another key event in the history of North America which is often forgotten is the all important British victory in Quebec in 1759 when English General Wolf and his Highland warriors climbed the challenging cliffs and defeated the French forces before the gates of Quebec City. Often overlooked, this important battle was the death knell of French military power in North America. Had the French defeated this expeditionary force and maintained control of Canada, would the British have been more inclined to provide the men and military force to keep their control of the American Colonies. Historians could speculate that if England had not won the battle for Quebec so easily, they might have seen the Americans as more worthy opponents and increased their armed forces accordingly.

Historians can also postulate that the winning of the American Civil War by the Federal forces set the U.S.A on its current course In a horrific war which lasted for 4 years the Civil war was the crucible that forged the American military spirit and is in my opinion the key element in all future American military thought and politics.

But as a fan of alternate history, perhaps we should look closer at that war. Numerous novels have discussed and speculated on how different the course of the Civil war would have been if Stonewall Jackson had not only died prematurely, or had been in command of the Confederate forces instead of Robert E. Lee.

Up until this point in the war the Confederates had delivered numerous defeats against their enemy. An enemy that was better supplied and had a significant advantage in numbers. The primary difference - the Confederate forces had vastly superior command structure. So again, why did Lee allow Pickett’s charge to occur and lead to the ultimate defeat of the Confederate army? I would speculate that Lee simply believed his men were superior soldiers. Many believe and would suggest that if James Longstreet had been in command as opposed to Lee the outcome at Gettysburg would have been much different. Longstreet had vehemently disagreed with Lee over the tactics employed at Gettysburg and had warned of the consequences of such an attack against Cemetery Ridge.

In the first novel of my series Rebel Empire - Gettysburg Redux, I changed the course of history and shifted the command of the Rebel forces to the other key Confederate General- James Longstreet.

As important as Gettysburg, but greatly over looked is the significance of the Métis Red River Rebellion in western Canada in the late 1860’s. This rebellion leads to the formation of the province of Manitoba and the creation of the North West Mounted Police. Had Louis Riel survived the subsequent North-West Rebellion of 1885 the history of Canada would likely have been far different. If the 2nd Métis rebellion had been fruitful I believe the English would have been able to foresee the future inevitable fragmentation of their mighty empire.

Combine the concepts of a Confederate victory in the Civil War and a hostile Métis force still active in Canada you have the premise for my 2nd novel - Rebels & Desperados.

Here is the prologue:

In 1888 a delicate peace exists between the Confederate States of America and the United States of America. To the north Britain has retained by force of arms their control of Canada and the forces of the Métis and the rebels of western Canada continue their battle for independence. Great Britain remains mired in a long drawn out conflict with France which has seen the two counties at war for five years.

Since the C.S.A won their independence in 1863 they have continued to flex their military might and have expanded the Confederacy by their conquest of the northern half of Mexico, now known as the State of South Texas. After the second Slave revolt of 1885 President James Longstreet has issued the Confederate Emancipation Proclamation making slavery illegal in the Confederacy. With the annexation of California in 1870 the Confederate Empire has expanded to both the south and north-west.

The United States of America has assumed a strict stance of Isolationism and its power has shrunken dramatically since the end of the Civil War in 1863. To the north, the Montana and Dakota territories, as well as the war torn Canadian Districts of Alberta and Assiniboia are havens for outlaws, desperados, rebels and renegade Indians. The British Empire has lost the first two rebellions fought against the Métis in Canada and now west of Manitoba they hold only a narrow strip of land thirty miles wide on either side of the Canadian Pacific Railroad. In the north central section of North America the region consisting of Montana, Dakota, Alberta, and Assiniboia are considered to be ‘The Disputed Zone’, often referred to as the Cauldron.