Wolfenstein: The New Order - An Alternate History Shooter Set in the 1960s 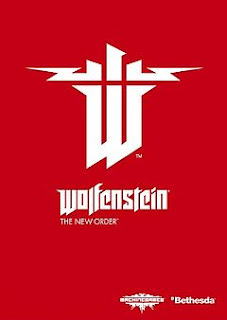 Bethesda announced at GameSpot that they will be releasing Wolfenstein: The New Order, a new entry in the classic first-person shooter series heading to Xbox 360, PlayStation 3, PC, and next-gen consoles during Q4 2013 (just in time for Christmas). The game will be a straight single-player FPS, no multiplayer.

"We are excited to bring a new chapter of Wolfenstein to gamers everywhere," said Jens Matthies, creative director at MachineGames. "As fans of the series, working on this game is an honor, and our team is driven to create an unforgettable action-adventure experience that will make FPS fans proud."

The New Order is set in an alternate 1960 after the Nazis won World War II. Gamers play as the familiar American war hero William "B.J." Blazkowicz and are tasked with overthrowing the Nazi powers that have taken over the world. Set primarily in Europe (although the trailer does show a burning New York City and the Moon makes an appearance), The New Order will have players infiltrating Nazi strongholds and battling legions of enemies, while taking control of Nazis super-weapons they used to dominate earth.

Check out the teaser trailer below:
So judging from the trailer we have a victorious Nazi empire, mecha and Jimi Hendrix! We also learn from BJ's narration that there has been a "rewriting", which could presumably mean some wibbly wobbly timey wimey...stuff. Joel Hruska at HotHardWare.com suggests that the occult, which has played heavily in past Wolfenstein games, has something to do with the changes to history.

So I think it is safe to assume that plausibility has been thrown out the window...but who cares! Wolfenstein 3D was an awesome game and probably one of the first FPS's I ever played. Plus, who didn't like killing an Adolf Hitler wearing a robotic suit and four chainguns?

This game is definitely on my wish list! Stay tuned to The Update for more details.