One of the major complaints of European Imperialism is how the borders they drew across the world rarely made sense to the racial, ethnic, and religious divisions that existed in the region prior to there arrival. These same borders were often use to create the contemporary states of Africa and Asia, many of which fell into war as the diverse groups inside the new countries fought for power.

Syria is no exception and the Alawite minority that has dominated politics in that country can be seen as a direct cause of the ongoing Syrian Civil War, which has spilled over into neighboring Iraq in the form of the Islamic State. Thus we see decisions made almost a century ago still having ramifications in the present.

With that being said, here is a map: 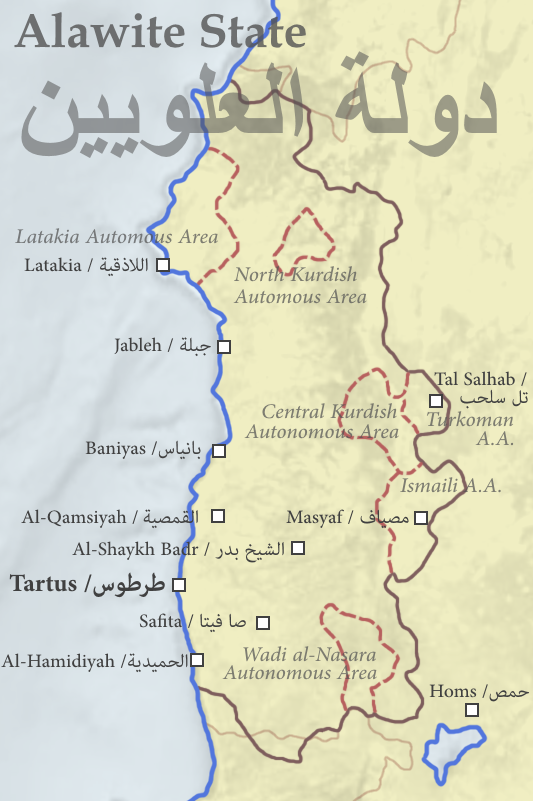 This is the "Alawite State" by TheseusDeuteros, not to be confused with the historical state. It set in a post-Syrian Civil War world, so more future history than alternate history, but still rather well done. I also like how it highlights an overlooked religious minority that is lumped into the rest of Islam in the false view that it is just one religion without any sects or divisions. Perhaps creating a Alawite majority state may go a long way to creating peace in the region, but people are likely to point at Israel and scrap the suggestion. O well.

This week's honorable mentions go to this Tolkein-inspired maps of major American cities. If you want to submit a map for the next Map Monday, email me at ahwupdate at gmail dot com with your map attached and a brief description in the body of the email.