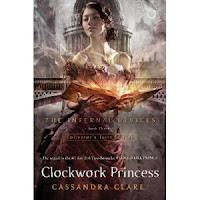 If the only way to save the world was to destroy what you loved most, would you do it?

The clock is ticking. Everyone must choose.

Danger closes in around the Shadowhunters in the final installment of the bestselling Infernal Devices trilogy. Be sure not to miss the special first edition, complete with an exclusive family tree.

“Gaslamp Fantasy,” or historical fantasy set in a magical version of the nineteenth century, has long been popular with readers and writers alike. A number of wonderful fantasy novels, including Stardust by Neil Gaiman, Jonathan Strange and Mr Norrell by Susanna Clarke, and The Prestige by Christopher Priest, owe their inspiration to works by nineteenth-century writers ranging from Jane Austen, the Brontës, and George Meredith to Charles Dickens, Anthony Trollope, and William Morris. And, of course, the entire steampunk genre and subculture owes more than a little to literature inspired by this period.

Queen Victoria’s Book of Spells is an anthology for everyone who loves these works of neo-Victorian fiction, and wishes to explore the wide variety of ways that modern fantasists are using nineteenth-century settings, characters, and themes. These approaches stretch from steampunk fiction to the Austen-and-Trollope inspired works that some critics call Fantasy of Manners, all of which fit under the larger umbrella of Gaslamp Fantasy. The result is eighteen stories by experts from the fantasy, horror, mainstream, and young adult fields, including both bestselling writers and exciting new talents such as Elizabeth Bear, James Blaylock, Jeffrey Ford, Ellen Kushner, Tanith Lee, Gregory Maguire, Delia Sherman, and Catherynne M. Valente, who present a bewitching vision of a nineteenth century invested (or cursed!) with magic. 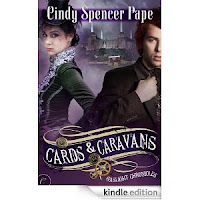 Belinda Danvers isn't a witch. But that won't stop them burning her at the stake…

Connor McKay can tell at a glance that Belinda's magickal powers are minimal at best. She can't be guilty of murdering village children. There's something suspicious about her arrest and lightning-quick sentence. Unfortunately, telling anyone how he knows would mean revealing his own powers. He's been sent by the Order of the Round Table to help and he can't just let her die.

Escaping from jail and running from vindictive villagers in her grandfather's steam-powered caravan is more excitement than Belinda's had in years. And despite the danger—or maybe because of it—she loves the time spent with her sexy rescuer. But there's more to his magick than he's letting on…

There's something going on that's bigger than the two of them. It's time for good to make a stand.