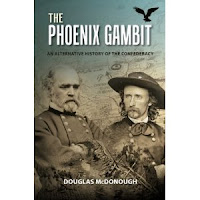 Got some good stuff coming up this week.  With the 2012 US Presidential Election getting closer and with an alternate historian running for the Republican nomination (see below) I thought it was time to share my opinion on politics and alternate history.  Plus I should have a new Airship Update, Korsgaard may be posting his review of Roswell, Texas this week and we can always expect Henry Martin to publish something interesting.

Currently I am reading The Phoenix Gambit by Douglas McDonough, an alternate history involving a plan by the Confederate States to relocate to Mexico following their defeat at the Battle of Gettysburg.  Will it hold considering my position on American Civil War alternate histories?  We can only wait and see, so keep your eyes open for a review and perhaps even an interview.

Meanwhile we got our first reader from Panama.  Bienvenida! 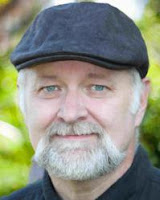 There is a new writing contest open to all participants that is being sponsored by East India Press and David Farland, author of over fifty published novels and anthologies.  Now as far as I know, Farland has not written any alternate history works himself, but he was responsible for discovery Eric Flint, author of the 1632 series.  So alternate historians should take notice.

Stories can take place in any time period, and can take place anywhere, even on on another world. You also have the option of placing your story in the world of Farland's new story, Nightingale (sample chapters and a description of the magic system should be available soon).  Farland will personally read your story, along with many other judges,  including Kevin J. Anderson and Tracy Hickman.  Farland will also edit the winning story to help ready it for publication.

Remember, you can choose not to use the Nightingale setting, though there are good reasons to do so obviously. East India Press may also ask the winner and other finalists in the contest to submit manuscripts for review.  Deadline for submissions is March 1, 2012.  More guidelines can be found here and those interested in attending a writing workshop taught by Farland can find more information here. 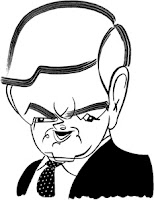 With the Iowa Republican primary just weeks away, alternate historian and politician Newt Gingrich is one of the top contenders.  As expected, more mainstream news outlets are discussing Gingrich's alternate history works, but not always in a positive manner.

George Mason's University's History News Network published a short comic last week imagining an alternate history where Gingrich is a History Department Chair (spoiler alert: he is not very good).  Hendrik Hertzberg of The New Yorker also used Gingrich's alternate history works as an intro into his rant about Gingrich and the positions he stands for (ouch).

Still some good has come out of Gingrich's rise to the top.  Amy Davidson of The New Yorker wrote "Nine Stories from a Year That Might Have Been", which if taken together, paints a very grimdark version of the year 2011.  This alternate historian is very happy to know that no matter how bad things were in 2011, they could have been a lot worse!

China and the shadow of German history by Francesco Sisci at Asia Times Online.

A Healthy Alternative to Fascism (or: Putting Your Dieselpunk Look on the Right Side of Alternate History) by Miriam at Steampunk Emma Goldman.

Review of The Hidden Nature of Reality: Parallel Universes and the Deep Laws of the Cosmos by Brian Greene done by A. Jurek at Seattle pi.

Review of Never Let Me Go by Kazuo Ishiguro done by Emily at Em and Emm Expound on Exposition.

Review of Opening Atlantis by Harry Turtledove done by Emily at Em and Emm Expound on Exposition.

Update on Clash of Eagles by Sebastian P. Breit a.k.a War Blogger.

The British Raj by Sebastian P. Breit (a.k.a. War Blogger).