As promised here is the winner of the Oral History of Doomsday Contest.  The below interview is set in the fictional 1983: Doomsday universe.  Today we celebrate the actions of Stanislav Petrov, whose refusal to follow his orders prevented a computer glitch from starting World War III.  Now without further ado, it is time to hear from Rev. Col. J. Henry Martin...


*  *  *
The following is based on what I personally may have experienced in the wake of Doomsday. The interviewer is Bob Jones IV, who in OTL actually was a journalist for World Magazine in the 1990's. I have not been able to locate him since 2008, though.

The interviewer:
Robert "Bob" R. Jones, IV, is a publisher and radio commentator presently living in Traveler's Rest, Republic of Piedmont. He is the son of Bob Jones III, the chancellor of Bob Jones University where his younger brother, Stephen is the president. However, Jones is better known as a legislature and one-term governor of the Republic. Leaving office in 2010, Jones returned to publishing as Managing Editor of ''World Magazine,'' a monthly News source serving the states of the Appalachian Alliance. He also speaks daily from the studios of WFBC, a radio station heard throughout the state and as far away as Asheville. 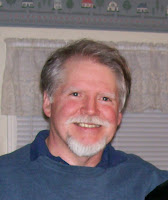 Today's guest:
The Rev. Col. J. Henry Martin, retired chaplain of the Piedmont Armed Forces. Rev. Martin now serves as Pastor of Calvary Presbyterian Church, located in Greenville County near Traveler's Rest. Martin is a graduate of Bob Jones University, having received his Masters of Divinity there in 1980. Martin's undergraduate degree is from the now destroyed University of Georgia at Athens, with family believed to be living in the state of Neonotia.

The interview was recorded in the church office of Calvery Presbyterian Church on September 13, 2011 for broadcast on the 28th anniversary of the Soviet attacks that nearly destroyed America on Sunday, September 25, 1983.

Jones: Thank you, Pastor, for allowing my crew and myself into your busy schedule.

Martin: The pleasure is all mine, Governor, I was disappointed when you decided to leave politics. And you can call me Henry.

Jones: Please, call me Bob, that chapter of my life is past. I think the Lord would have me just where I am now. But let's get to the interview, going back to that fateful day almost 28 years ago. Hard memories for all of us, but every year fewer are willing to speak of those trying times.

Martin: My story is boring beside yours, Gov.. I mean Bob. But those days are hard to forget. I had been working nights at the old Beth Eden Nursing Home, but I had most weekends off to allow me to preach in search for a call ...

Jones: Remind our listeners of how that works for Presbyterians.

Martin: Yes, as a Presbyterian, the local Presbytery - that's the leadership of all the churches of the PCA in the state or region - and my local Church in particular oversaw my search for a pastorate in the region. I was preaching about once a month all over the state of South Carolina.

Jones: So it is conceivable that you may have been in Columbia that night when the bombs fell.

Martin: Well, yes. The Lord was good, at least to me. I still ache recalling the certain death of some of the people that I had had the pleasure of serving in the low country.

Jones: So, tell us about your family, starting with how it was back in 1983.

Martin: Yes, my wife and I had celebrated our sixth anniversary in August, and her 29th birthday only a week before, just a day after our oldest son, Jimmy, celebrated his fifth birthday on Saturday. Children from Second Presbyterian Church, where we were members, and from kindergarden at First Baptist of Berea, where he had begun just weeks earlier, had a great time. I hope that the childhood memories of that party helped during that dreadful time.

Jones: So, you were 30 years old at the time, right? With three children.

Martin: Yes, two boys and a baby girl - Jim, Tim, and Rebecca. Little Rebecca, named after her grandmothers, was fifteen months old. That night I was putting the children to bed when the lights went out around 8:30.

Martin: She was at work as a nurse working at Greenville Memorial Hospital. She worked evenings and sometimes had to work on the weekends. She had the car and was half-way across town when the world changed forever.

Jones: Was the car operative after the EMP?

Martin: Yes, the Lord was good to us that way. I can't recall just what model, but I'm thinking it was a mid-seventies Ford. It had a simple ignition system, but lost its radio that night. However, we didn't see my wife Debbie until the next night.

Jones: I understand the hospitals were on emergency alert nonstop starting the next day.

Martin: Yes, my wife's problem was that no one showed up to relieve her that night. It took the police to find and persuade willing medical personnel to come to work on the 26th. Then the police had to escort her to our house to assure her safety. The first refugees from the Columbia area began to arrive in town by late Monday.

Jones: So what about your job? You said you worked at a nursing home.

Martin: Yes, and it was really sad what happened with most of those residents.

Jones: Can you tell us about it?

Martin: Well, as the hospitals were filling up, beds were needed for the severely injured. Before too long, we were having to discharge many of the healthier residents to make room for those in need of 24 hour attention. By winter, the terminal cases were also being transferred to homes that were available. There was.. there was..

Jones: I know its hard, even now, a quarter century later. But times were desperate.

Martin: I am sure families that could barely get by would agree with you. I quit my job in February to take care of our children while my wife worked 12 hour shifts at the hospital. We were moved to within two blocks of the hospital by the hospital administration in March of 1984.

Jones: So, you were an ordained minister, but out of work ...

Martin: No, I was "licensed" in lieu of a call. And since travel was almost impossible, churches tended to either keep their present pastors or consolidate with those that had one. Associate Pastors in some of the bigger churches began to fill the pulpits and accept calls to smaller churches.

Jones: Okay, so what did you do? Did your wife continue her career?

Martin: Well, we had hoped I would have a church soon, and then we found out we were expecting our fourth child.

Jones: You hadn't planned this, right?

Martin: No, times were hard, for sure, but then, the common easy 'birth control' available soon disappeared. We were own our honor, trying to time things right ...

Martin: Sorry, too much information.

Jones: Perfectly alright, I've got several nieces, nephews and such living in town. My brother Stephen and his family, and then there's those out of town.

Martin: That's right, you're a bachelor.