The Gentleman by Forrest Leo

A funny, fantastically entertaining debut novel, in the spirit of Wodehouse and Monty Python, about a famous poet who inadvertently sells his wife to the devil--then recruits a band of adventurers to rescue her.

When Lionel Savage, a popular poet in Victorian London, learns from his butler that they're broke, he marries the beautiful Vivien Lancaster for her money, only to find that his muse has abandoned him.

Distraught and contemplating suicide, Savage accidentally conjures the Devil -- the polite "Gentleman" of the title -- who appears at one of the society parties Savage abhors. The two hit it off: the Devil talks about his home, where he employs Dante as a gardener; Savage lends him a volume of Tennyson. But when the party's over and Vivien has disappeared, the poet concludes in horror that he must have inadvertently sold his wife to the dark lord.

Newly in love with Vivian,  Savage plans a rescue mission to Hell that includes Simmons, the butler; Tompkins, the bookseller; Ashley Lancaster, swashbuckling Buddhist; Will Kensington, inventor of a flying machine; and Savage's spirited kid sister, Lizzie, freshly booted from boarding school for a "dalliance." Throughout, his cousin's quibbling footnotes to the text push the story into comedy nirvana.

Lionel and his friends encounter trapdoors, duels, anarchist-fearing bobbies, the social pressure of not knowing enough about art history, and the poisonous wit of his poetical archenemy. Fresh, action-packed and very, very funny, The Gentleman is a giddy farce that recalls the masterful confections of P.G. Wodehouse and Hergé's beautifully detailed Tintin adventures.

Ginger Stuyvesant, an American heiress living in London during World War I, is engaged to Captain Benjamin Hartshorne, an intelligence officer. Ginger is a medium for the Spirit Corps, a special Spiritualist force.

Each soldier heading for the front is conditioned to report to the mediums of the Spirit Corps when they die so the Corps can pass instant information about troop movements to military intelligence.

Ginger and her fellow mediums contribute a great deal to the war efforts, so long as they pass the information through appropriate channels. While Ben is away at the front, Ginger discovers the presence of a traitor. Without the presence of her fiance to validate her findings, the top brass thinks she's just imagining things. Even worse, it is clear that the Spirit Corps is now being directly targeted by the German war effort. Left to her own devices, Ginger has to find out how the Germans are targeting the Spirit Corps and stop them. This is a difficult and dangerous task for a woman of that era, but this time both the spirit and the flesh are willing… 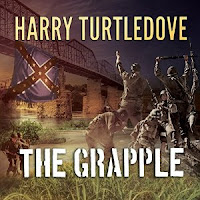 It is 1943, the third summer of the new war between the Confederate States of America and the United States, a war that will turn on the deeds of ordinary soldiers, extraordinary heroes, and a colorful cast of spies, politicians, rebels, and everyday citizens. The CSA president, Jake Featherston, seems to have greatly miscalculated the North's resilience. But as new demonic tools of killing are unleashed, secret wars are unfolding.

The US government in Philadelphia has proof that the tyrannical Featherston is murdering African Americans by the tens of thousands in a Texas gulag called Determination. And the leaders of both sides know full well that the world's next great power will not be the one with the biggest army but the nation that wins the race against nature and science - and smashes open the power of the atom. 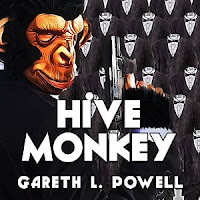 In order to hide from his unwanted fame as the spitfire pilot-monkey who emerged from a computer game to defeat the nefarious corporation that engineered him, the charismatic and dangerous Ack-Ack Macaque is working as a pilot on a world-circling nuclear-powered zeppelin.

But when the cabin of one of his passengers is invaded by the passenger's own dying doppelganger, our hirsute hero finds himself thrust into another race to save the world - this time from an aggressive hive mind, time-hopping saboteurs, and an army of homicidal Neanderthal assassins!