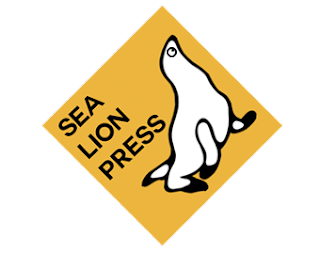 Sea Lion Press' fourth phase of releases has begun, with some heavy-hitters and fan favourites from AlternateHistory.com, as well as some new works that we're pleased to be promoting.

In the multi-Turtledove winning Agent Lavender: The Flight of Harold Wilson, the eponymous British PM is exposed as a KGB agent and goes on the run. Many thanks to Lord Roem for being my long-suffering co-author on this one.

Dislocated to Success is something we are very, very excited to publish: the memoirs of Viscount Fawsley from the many-time Turtledove winner Arose from the Azure Main, in which the UK of 1980 is suddenly transported to 1730. Iain Bowen has produced something witty and deeply fascinating here.

Tom Anderson's Not An English Word took AH.com by storm earlier this year, and is already hotly-tipped to dominate in the Turtledoves. Nick Clegg, former Lib Dem leader, performs a Celtic ritual to reincarnate a great Liberal from the past, but things rapidly get out of hand.

The Year Of The Prince asks a classic British AH question: what if Bonnie Prince Charlie had triumphed? Bolstering our growing pre-1900 selection of works, this is a For Want Of A Nail-style ‘classic’ alternate history work that we’re proud to bring to a wider audience.

This may seem like a British-dominated phase, and so far it is: but I’m also very pleased to announce that Reds!, the first volume of Jello_Biadra’s masterpiece about an American socialist revolution, and Decisive Darkness: Part Two – Coronet by Paul Hynes will also be on sale by the end of May. Japan and – for the first time in real depth – the United States will be examined by Sea Lion Press works very soon indeed. Visit our website for updates.

Speaking of updates, we now have a mailing list. Please sign up for emails about our new titles and any future plans we have – we promise not to spam you, just let you know when books are around the corner. Don’t forget to follow us on Twitter, too.
Posted by Mitro at 11:00 AM

Email ThisBlogThis!Share to TwitterShare to FacebookShare to Pinterest
Labels: Agent Lavender, Dislocated to Success, Guest post, Not An English Word, Sea Lion Press, The Year of the Prince, Tom Black