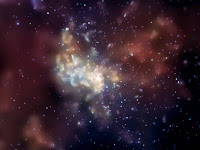 Editor's Note: I now bring you what may be the last (?) installment of Alex Wallace's interview with alternate history forum administrators. Today we feature Hominid (a.k.a. Owen) of Diverginguniverses.

What made you want to found a new alternate history forum?

I’ve been a member of AlternateHistory.com for over six years. It’s been a huge part of my life, and I like the community there as well as the quirky nature of the hobby. There was a period where Ian had made a controversial decision on AlternateHistory.com, and people were looking for a new forum to join. I realized that it was incredibly easy to do with ProBoards, so I created DU and immediately advertised it on AlternateHistory.com. Another forum that was created on the same day I believe, Althistoria, ended up getting more followers, so my site didn’t really work out on the first day.

What do you plan to do differently from AlternateHistory.com?

If the forum gains traction, I plan on having a somewhat more relaxed moderation policy than AlternateHistory.com, while still being intolerant of bigots, spammers, and the like. However, unlike Ian I’ve never actually moderated a forum before, so it might evolve as time goes on.

I’ll keep advertising it on my signature on AlternateHistory.com. I have a few timeline ideas, so maybe I’ll post those there as well, and encourage others to post theirs on my site. Aside from that, I’ll just keep mentioning it whenever it comes up.

Hopefully as the site gradually grows people will go there for specific threads, and for the community. There are lots of sites that are about alternate history, but each one is unique.

I’ll keep posting there, for one thing. Maybe once the site gets going we can have awards and map contests and that sort of thing.

I think I’ll try to lead by example. Recent events have been tough because I’ve had a lot of school work, but I’ll make sure to post a TL on my site if I decide to start a TL. In addition, I’ll start roleplays like the ones in Shared Worlds on AlternateHistory.com, which have always been a favorite part of my AlternateHistory.com experience. I’ll also try to comment on things that people have already posted there of course—I see some stuff has been posted recently and I’m planning on reading it in the next few days.

What do you think the future of online alternate history will be? Will AlternateHistory.com continue its dominance, or will the community fracture?

If Ian loses interest in AlternateHistory.com for some reason, and doesn’t hand it over to someone else, people will probably move to one of the surrounding sites, and I’m hoping that my site will be a part of that.

Probably not. Forums—especially traditional forums like AlternateHistory.com, Althistoria, or Diverginguniverses—often get ignored in mainstream discussions of the Internet. I’ve seen a lot of people suggest that the “future” of online communication is on sites like Facebook, Twitter, and Reddit. There is a subreddit and I believe several Facebook groups for the AH community, as well as some chatrooms; however, these groups are not ideal for the AHosphere for a few reasons. The main reason is the “timeline” format that’s so popular on the AHosphere really works better on a regular forum; the other reason is that the AHosphere is based on personal connections that don’t really work when usernames are tiny like on Reddit. Also it’s nice to have a chronological conversation with people. So maybe if there’s some new technology that revolutionizes the way we communicate online, AH people will flock there, but I don’t think any such technology exists.
Posted by Mitro at 11:00 AM