Getting To The Man In the High Castle: Would a German Atom Bomb Let The Axis Take Over the US? 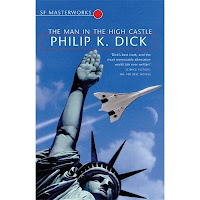 There are really two question here: Could Germany have gotten atomic bombs first, and if they had, could they have used them to force a US surrender? Answers: Not impossible, but extremely unlikely for the first question, and flat out ‘no’ to the second one.

Could Germany have gotten the bomb? Unlikely. Thanks mainly to Nazi scientific policies the US had the great brain trust of scientists from all over Europe, while Germany had the subset of scientists willing to work under the Nazis. When the Nazis came to power in 1933, Germany lost around half of its highest profile physics and chemistry people, including over a dozen past or future Nobel prize winners. Then the Germans compounded the damage by drafting a lot of physicists into the army, where some of them ended up dying on the Eastern Front. That last probably wouldn’t have happened if the Germans had given nuclear weapons priority, but the early manpower drain was pretty much baked in given the Nazi regime. The US also had the resources to bet on long shots, while Germany had to rebuild essentially everything military from a very low level.

Germany might have gotten an a-bomb if it started early enough and gotten an improbably large number of fast breakthroughs, but the program would have taken resources out of something, which meant that they would have had less of that something. Planes? Tanks? Synthetic fuel or rubber plants? V2 rockets? V2 rocket development would have been the most logical thing to drop and the V2 program did cost approximately as much as the US a-bomb program, though not necessarily at the right time to have been switched into a nuclear program.

The biggest problem with a German atomic bomb was that making atomic bombs wasn’t just a matter of physics breakthroughs. You had to make those breakthroughs first, but then you had to build a vast, resource-hungry industry nearly from scratch. The US built what was then the biggest factory in the world to separate out usable uranium, and that was just one of the components in a vast industry that produced the US bombs. At its height, US atom bomb making took around one percent of the nation’s entire electricity supply. A comparable German effort would have required a much higher percentage of the smaller German electricity supply. One key component of the uranium purification process was going to take so much scarce copper that the US took the extraordinary step of borrowing fifteen thousand tons of silver from US stockpiles to substitute for the copper. Even the giant US economy had trouble providing enough of a wide range of essentials for the program, from electronic components to lumber to skilled workers in a huge range of skills.

Bottom line: producing atomic bombs with 1940s technology was a huge resource drain that required large amounts of very specific materials. Even if the Germans knew how to build a bomb, they would still have to produce it without gutting their ability to do everything else they had to do in order to stay in the war and they would have to find enough of every crucial raw material in large enough quantities to make an ongoing series of bombs.

That’s a formidable set of reasons Germany was unlikely to get atomic bombs, but let’s say for the sake of argument that Germany did somehow get the bomb before the US, maybe by mid-1944. That would take an extreme amount of luck, given their resource and scientific limitations, but even if they did, they still wouldn’t be anywhere close to taking over the US, or even taking out Britain or the Soviet Union. Early atomic bombs simply weren’t war winners on their own.

Historically, the Germans had no delivery system that could reach the US, even with conventional bombs. They could reach Britain and some parts of the Soviet Union, but the British had built up strong enough air defenses that by 1944 the Germans had trouble even doing reconnaissance missions over Britain, much less bomber raids. It’s not that the Germans couldn’t get a plane with a nuke through, but there would be a significant chance--maybe close to fifty percent, that a nuke carrying plane wouldn’t make it through to target.

And what plane would the Germans have used to carry that bomb? Early US nukes were big, bulky things. Early German efforts would probably be similar. The early US bombs weighed in at around ten thousands, give or take a few hundred. That was many times too heavy to fit on V2 rockets, even if the Germans managed to produce both the rockets and the bomb. The only German mass-production bomber that could deliver that much weight in bombs was the very unreliable Heinkel 177, and even it might have had trouble with the width of an early atomic bomb. Historically, Fat Boy was a tight fit even for a B29.

The Germans couldn’t make a lot of bombs initially. Even the US, with far more resources to throw at the problem, had a limited number of nukes. They had the test bomb, then the two they dropped, then one more that could have been dropped in late August 1945. After that, the US bombs would have become available at the rate of roughly 3 to 4 per month. So the Germans, at best, make three or four, test one and have roughly three or four more available per month after that.

How would things play out after that? Worst case scenario: The Germans use one or more at Normandy. That could have been devastating, but then the US would have known for sure that the bombs were possible and would have pushed essentially unlimited resources into getting its own bomb as quickly as possible.

What if the Germans hit London and maybe Leningrad or Moscow and demanded that the Allies surrender? Not a great idea when the Allies had such a huge advantage in air power. So the Germans try a Hiroshima-scale bombing of London. First, good luck getting the bomb through, given the very strong Allied air defenses and the unreliable He-177. But let’s say the plane gets through and hits London.  Do the Allies surrender? Not likely. Most likely response: Hit Berlin with an unprecedentedly huge firebombing raid, calculated to maximize casualties. A big firebombing raid could produce as many, if not more, immediate casualties as an early atomic bomb. Granted, it might take a thousand or even two-thousand planes to rack up those casualties, but the western Allies had enough planes to do, as they demonstrated time and again. So the next night or the one after that, the Allies hit another major German cities and announce that any further a-bomb attacks on Britain will get the same response. Two German cities burned for every British one hit. Historically, the US, at least, attempted to hit mostly military targets. If the US went for mass civilian casualties, they could add to the mayhem.

The Allies would also make finding and taking out German a-bomb production a huge priority, even if they hadn’t already and redouble efforts to knock out any German bombers within range of Britain. Remember that producing a-bomb material required huge factories, huge amounts of power and very specific raw materials. That would make it very vulnerable to an enemy with near-total air superiority.

What the Allies wouldn’t do is surrender, especially not the Americans, who would be invulnerable to attacks long enough to get their own bombs.

Finally, even if the Axis somehow managed to bomb the US, it wouldn’t cause a US surrender, and even if it did, a US government that surrendered would quickly lose their power to enforce that surrender. A-bombing New York or Washington would not deter would-be-guerrillas in fly-over country and US troops would be very reluctant to fire on fellow citizens to enforce an Axis occupation. So that occupation would require Axis troops in the US in numbers that the Axis simply couldn’t support.

Bottom line: An Axis atomic bomb was almost certainly not going to happen and wouldn’t win the war for the Axis anyway, though it might by them a stalemate until the US a-bombs came on line.

By the way, none of this should take away from your enjoyment of The Man in the High Castle. Alternate history doesn’t have to be plausible to be a good story or even to give you insight into real history.