Since my Flag Friday post covering the Turtledove Awards nominees for the best alternate history flag went so well, lets take a look at the best maps of 2016. You may even recognize some of the alternate cartographers from previous Map Mondays.

"Theaters of the Second Greco-Latin War" by Rebecca "Upvoteanthology" Stirling 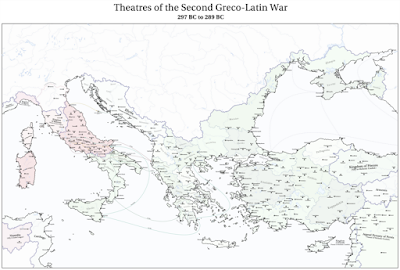 Rebecca "Upvoteanthology" Stirling has been featured on The Update multiple times, although this map has not appeared yet on Map Monday. Shame that it didn't because I enjoy the alternate history of a Greece united by Alexander fighting an alternate Punic Wars with Rome in the place of Carthage. You can also tell by the incredible details that she put a lot of effort into this one. 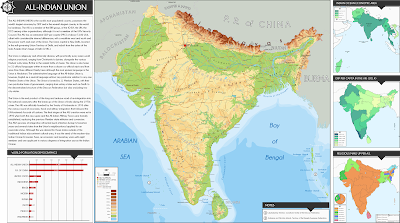 In case you ever wondered what would happen if Indian history reflected the creation of the European Union, you have the "All-Indian Union" by Nanwe. This is a massive map when it was originally posted on AlternateHistory.com, which makes me wonder how the hell did I miss it. This map was even created with some help by Althistoria's James "Krall" Fitzmaurice who designed the emblem. 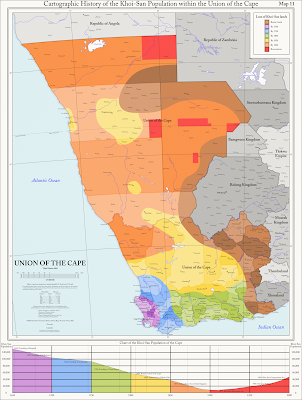 The above map is a collaboration between Alex Richards and Reagant, whose map "Route of Diogo de Teive's 1452 Voyage" was previously featured on Map Monday. It focuses on an alternate South Africa, but not on the antics of an expansionist white minority. Instead it and the scenario that goes with it discuss how the indigenous population and their lands decreased with time. Kudos to this map for focusing on the plight of African peoples instead of just more geopolitics.

"The continent of Europe in the year 1860" by Thande 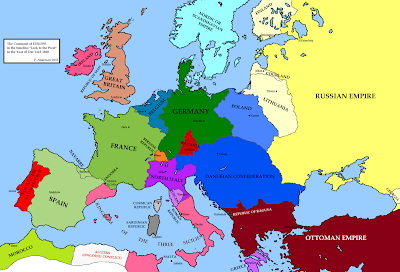 This is a map from prolific poster Thande's timeline, "Look to the West". To be fair, I don't really think this map can compete with the other nominees. I have certainly seen worse, but it lacks the complexity and detail of the other maps. Still Thande is a veteran member of the site and the map's timeline is quite popular, so I can see why it made the cut over other maps, even if I think there may be more deserving examples out there. 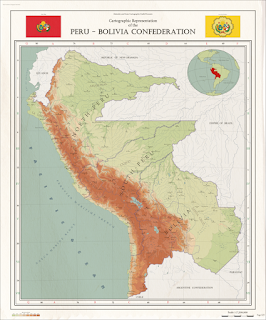 Zalezsky is another Map Monday alum and his "Peru-Bolivia Confederation" map is strikingly similar to his "Theocracy of Paraguay (Jesus Strikes Back)" that appeared on Map Monday. This map, however, is actually a map from our own timeline. It is a nation that no longer exists, but it could have and that is the heart of alternate history.

"The Colony of Nova Scotia" by Tsar of New Zealand 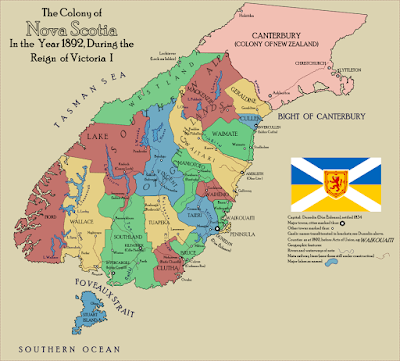 We finish with another Map Monday alum, Tsar of New Zealand, featuring a map where the South Island of New Zealand was settled by a large number of Scots. I should point that none of the nominees are maps of North America and its cool to see some global diversity,

Don't forget to vote for your favorite map as polls close on March 2nd.