The Conjurer's Riddle by Andrea Cremer

The Revolution is beginning–and Charlotte may be on the wrong side.

In this sequel to The Inventor's Secret, Charlotte and her companions escape the British Empire, but they haven't left danger behind. In fact, if they go against the revolutionaries, they face even greater peril.

Charlotte leads her group of exiles west, plunging into a wild world of shady merchants and surly rivermen on the way to New Orleans. But as Charlotte learns more about the revolution she has championed, she wonders if she's on the right side after all. Charlotte and her friends get to know the mystical New Orleans bayou and deep into the shadowy tunnels below the city–the den of criminals, assassins and pirates–Charlotte must decide if the revolution's goals justify their means, or if some things, like the lives of her friends, are too sacred to sacrifice.

This alternate-history adventure series asks the questions: What would have happened if America had lost the Revolutionary War? And what would people be willing to do to finally taste freedom? 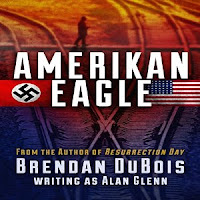 It's 1943, 10 years after the assassination of president-elect Franklin D. Roosevelt. Germany is at war with Russia and rules all of Europe - including Great Britain - and Japan is conquering China and East Asia. The United States is an isolationist nation, still struggling with the Great Depression, and is being governed by President Huey P. Long, former Louisiana governor and senator.

In Portsmouth, N.H., Sam Miller is a cop supporting a family and trying to stay on the right side of his boss, the law, and his conscience. Then a murder victim is found by the railroad tracks, a number tattooed on the victim's wrist, something never seen before by the police. It's a case Sam could walk away from. It's a case he will be ordered to drop. And it is case that leads him into a lethal vortex of politics, espionage, rebellion, and international intrigue.

As war rages in Europe, a new fascist power rises in America, overseen by President Long and his allies. And the people Sam thinks he knows best - his wife, his brother, his colleagues - reveal new identities. In a formerly close-knit city by the sea, where no one is above suspicion and no one is safe, a global summit is about to take place between President Long and Chancellor Adolf Hitler. On that day, history will be changed. And millions of people will live or die, all because Sam Miller has been a very good cop - faced with a very bad choice.

The British Lion by Tony Schumacher 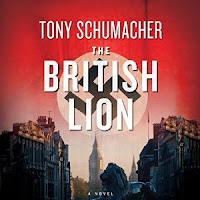 With the end of the war, the victorious Germans now occupy a defeated Great Britain. In London, decorated detective John Henry Rossett, now reporting to the Nazi victors, lies in a hospital bed recovering from gunshot wounds. Desperate to avoid blame over the events that led to the shooting, his boss, Ernst Kohler, covers up the incident. But when Koehler's wife and daughter are kidnapped by American spies, the terrified German turns to the only man he trusts to help him - a shrewd cop who will do whatever is necessary to get the job done: John Rossett.