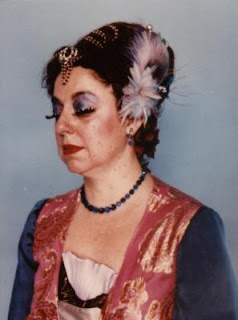 It sucks when you have to learn about new alternate historians only after they have passed away. File 770 announced yesterday that author Adrienne Martine-Barnes has passed away. Although mostly know for here work int he Darkover series, she also contributed to the alternate history genre.

According to Uchronia, she is the author of The Swords Sequence (The Fire Sword, The Crystal Sword, The Rainbow Sword and The Sea Sword), which is sometimes called Chronique D'Avebury. This four book series is set in a universe where the English royal succession is changed after Henry II and the Crusades never happened. Additionally, gods, magic and time travel also exist. Admittedly, I wasn't able to find much regarding this late 1980s book series, so if anyone who follows this blog has read them, please share your thoughts in the comments.

My thoughts and prayers go out to Adrienne's friends and family.