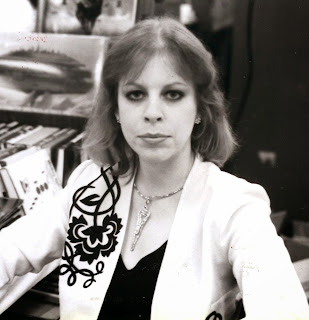 Yesterday it was announced that British SF&F author Tanith Lee passed away. According to Wikipedia, she was the author of over 90 novels and 300 short stories, a children's picture book (Animal Castle) and many poems. She also wrote two episodes of the BBC science fiction series Blake's 7. The fact that she managed to write all of that and overcome dyslexia is doubly impressive. She was also the first woman to win the British Fantasy Award best novel award for her book Death's Master.

Tanith contributed to the alternate history genre as well. According to Uchronia she is the author of Piratica: Being a Daring Tale of a Singular Girl's Adventure Upon the High Seas and Piratica II: Return to Parrot Island. Set in an alternate 1800s in a world where Great Britain is a republic and France is a monarchy, the alternate history content is minimal, but having not read either book I can't really comment anymore on the series. If you have read one or both of the books, please let us know what you thought of them in the comments.

That being said, it is always a sad day when we lose another alternate historian. If the reactions across the Internet are telling, Tanith was obviously an important woman to many people whose work took people on amazing journeys. Tanith, you will be missed.