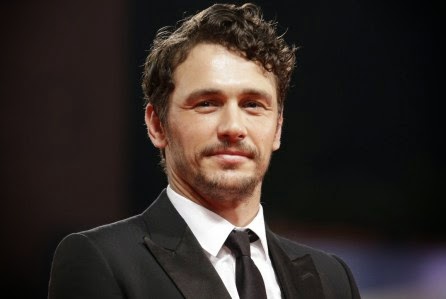 Well chalk this up to one of the last things I expected to hear today. James Franco (The Interview) has been cast in the lead role of Hulu's adaptation of Stephen King's 11/22/63. The adaptation is being produced by J.J. Abrams’ Bad Robot Productions, who presumably is putting just as much effort into this as they are doing for Star Wars VII.

Joking aside, Franco will star as Jake Epping, a divorced English teacher who travels back in time to 1958 and decides to prevent the assassination of John F. Kennedy. His quest is threatened not only by Oswald and a budding romance, but also the obstinate past itself. Tiny spoiler alert, Epping actually does change the past in the novel and creates an alternate timeline. What happens next I leave to you to discover...

Franco will also be listed as a producer to the nine hour mini-series, so one hopes this is a sign of confidence in the project from the star. Still no word on when the show will premier or whether they will film in Dallas, but stay tuned to The Update for more information as it becomes known. What with this headline and the success of Amazon's The Man in the High Castle, this really is a great year to be an alternate historian with an Internet connection!

Matt Mitrovich is the founder and editor of Alternate History Weekly Update and a blogger on Amazing Stories. Check out his short fiction. When not writing he works as an attorney, enjoys life with his beautiful wife Alana and prepares for the inevitable zombie apocalypse. You can follow him on Facebook or Twitter.
Posted by Mitro at 10:00 AM