I love a good dystopia and Rvbomally writes and draws some of the best dystopias. Check out his "Union of American Federal Republics" if you do not believe me: 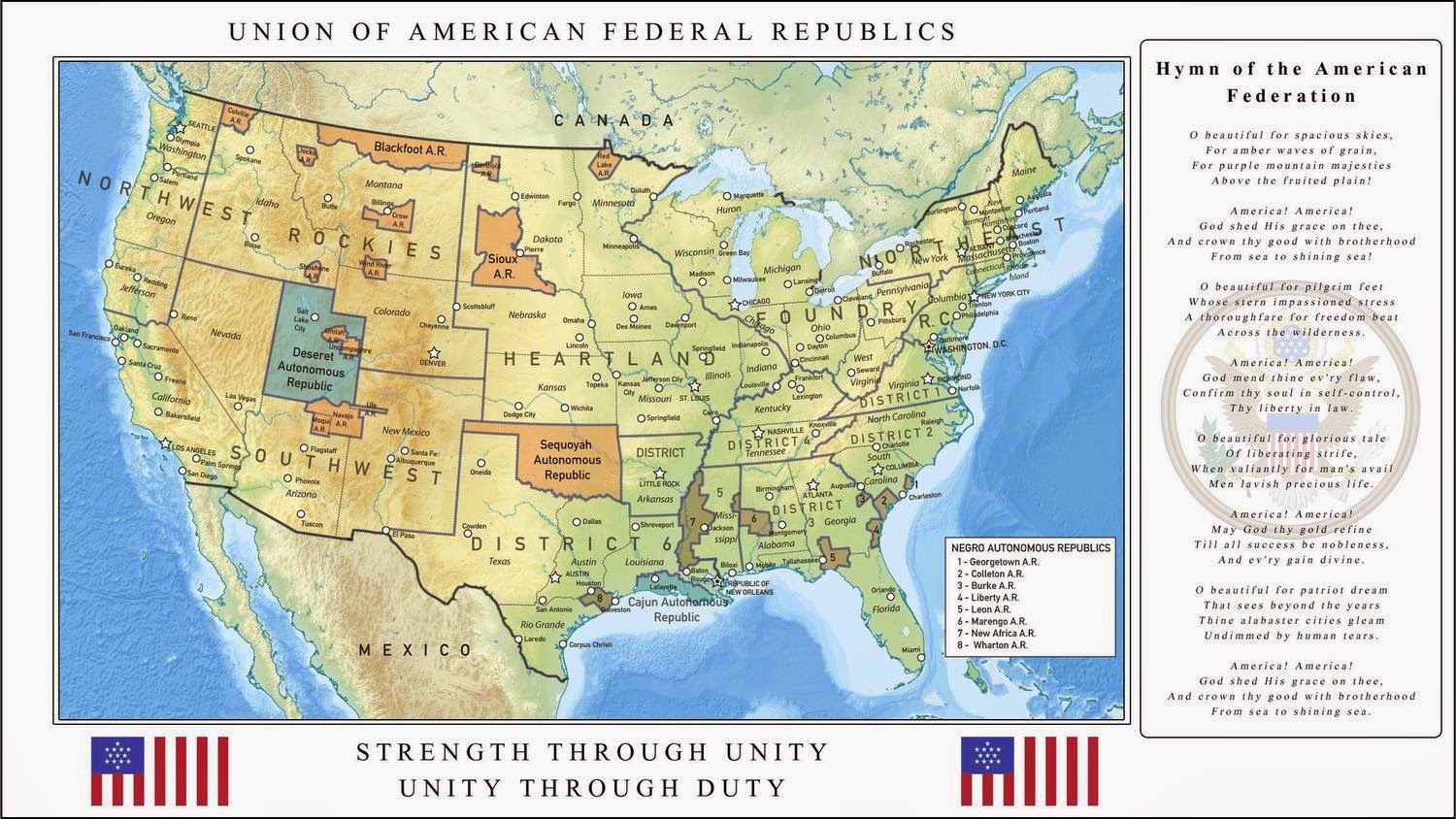 In this world the federalism of the Constitution is replaced by a Soviet-esque federation complete with autonomous ethnic and religious republics. This came about after the assassination of Abraham Lincoln, Andrew Johnson and William H. Seward, which led to not only the aforementioned new divisions, but also a one party state that is only nominally a democracy where minorities are trapped in impoverished autonomous republics unable to escape. Rvbomally only gave a brief description of this timeline, but it still sounds rather grim. The map itself is simple, yet effectively portrays the dark road its author has taken America down. Take some time to really look at the map and you will see a lot of tiny changes that speak volumes.

Honorable mentions this week go out to "TL-191 Undone" by Marshal Braginsky on Counter-Factual.net and the "United American Commonwealth" by Frezeit on AlternateHistory.com. You should also check out [t]he map of the continental United States that contains an elf making chicken by Mark Frauenfelder at BoingBoing and 10 Rules For Making Better Fantasy Maps by Lauren Davis on io9. If you want to submit a map for the next Map Monday, email me at ahwupdate at gmail dot com with your map attached and a brief description in the body of the email.