Map Monday: Some North America Or Other, 2014 by Bruce Munro

Bruce Munro makes his return to Map Monday (the last time was in July with "Mumby's Broken America") with his map "Some North America Or Other, 2014" (or "Canada Wankery"): 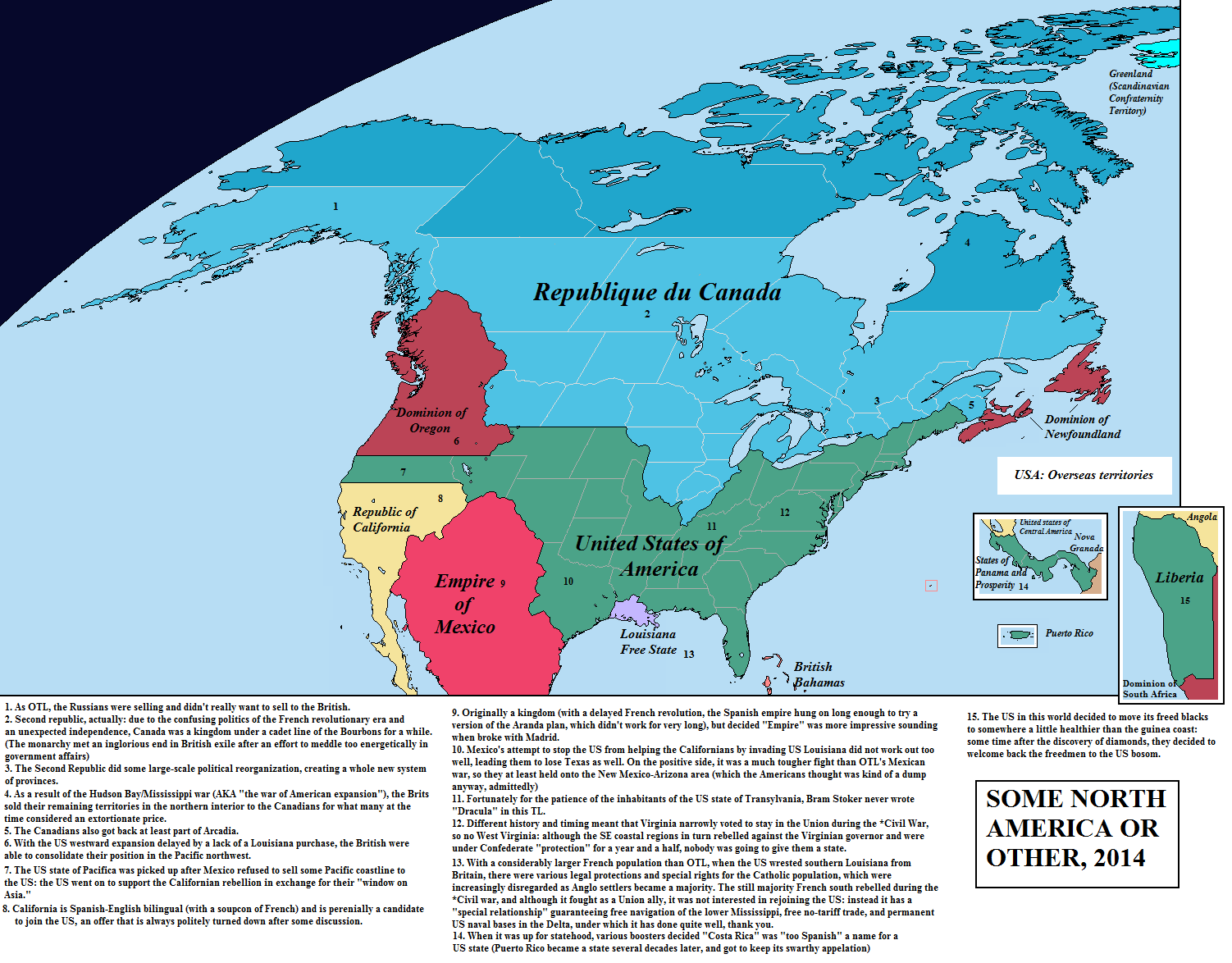 This map is set in a world where France holds onto Quebec and thus a French Canada covers the Great White North. The reason I picked this map, however, was because I was thinking of a similar scenario just the other day about whether France could have won the Seven Years' War/French and Indian War. Looking at some of the comments to my question does bring up some plausibility issues for Bruce's scenario, but it still is an interesting look at a more French North America. I won't say too much about the art style, since "Munroist" style maps are recognizable at AlternateHistory.com.

Honorable mention this week also goes to Bruce Munro's cover of Miserism's map of a steampunk world featuring a surviving Cordova. With so much steampunk being set in Victorian England, its a nice change of pace to get a different culture emphasized. If you want to submit a map for the next Map Monday, email me at ahwupdate at gmail dot com with your map attached and a brief description in the body of the email.