AlternateHistory.com is certainly the center of the alternate history community, but it is not the only gathering of alternate historians on the Internet. As some of you may know, I was long-time contributor and administrator to the AltHistory Wiki and I am pleased to feature a map from that site now: 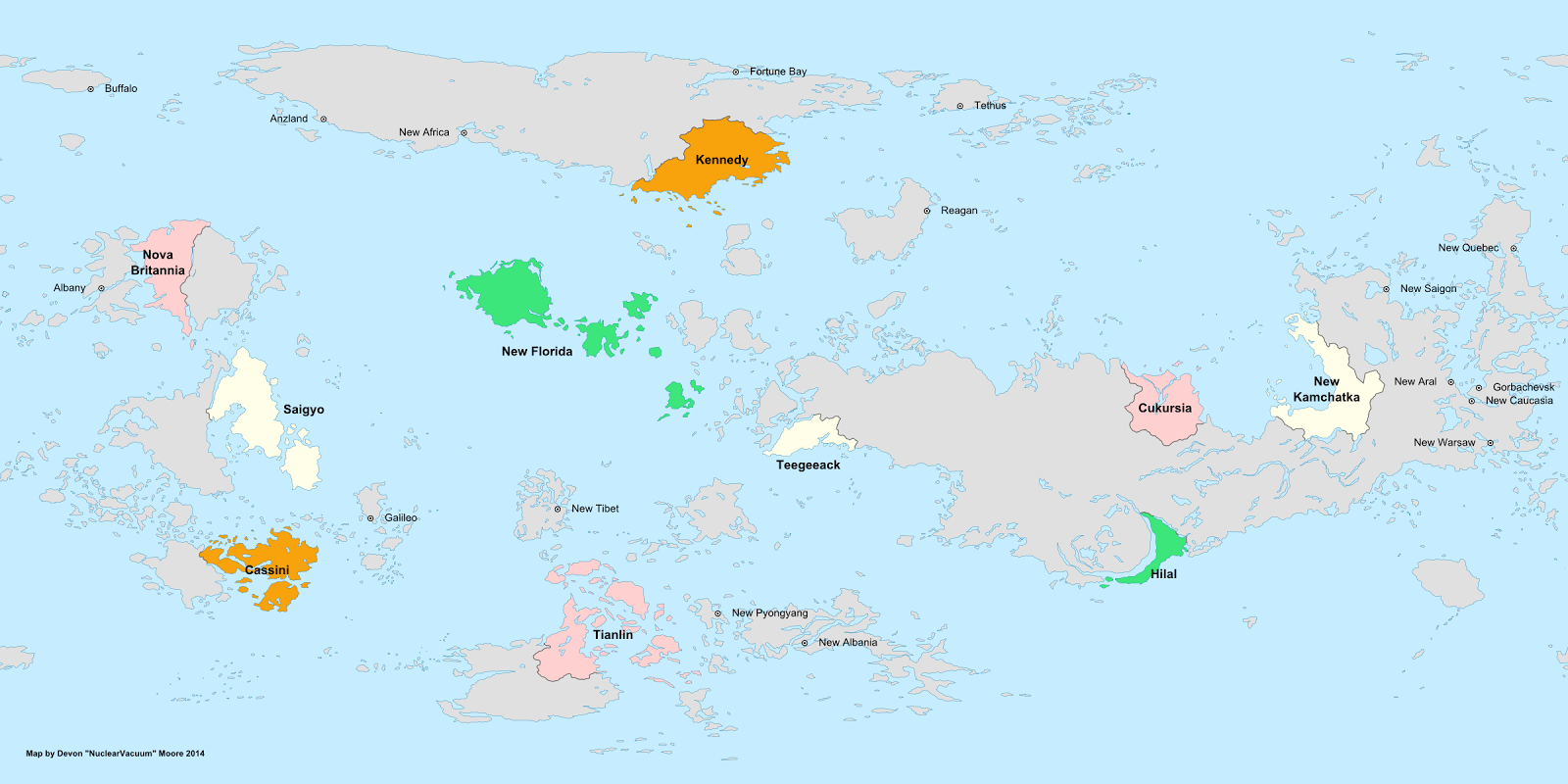 Above is the "Map of Venus" from NuclearVacuum's Venusian Haven timeline. I haven't read much of the timeline, but from what I can gather this is a timeline where Venus develops into a planet that can support life. This leads to an alternate space race where the Soviet Union becomes the first to colonize the planet, followed by the United States and other nations.

I have always appreciated NuclearVacuum's maps for their minimalist style and "Map of Venus" is no exception. This is just a bare bones political map, but it does the job well and its probably not far off from what Venus from Stirling's The Sky People would look like in that timeline's future.

Honorable mentions this week go out to Rvbomally's Doomed to Repetition, the alternate map of Africa where it is never colonized by Europeans that is making the rounds again and the many maps of SRegan that he has gathered on deviantart. If you want to submit a map for the next Map Monday, email me at ahwupdate at gmail dot com with your map attached and a brief description in the body of the email.