A few times last week I was emailed by people asking for my opinion on certain alternate history topics. I was more than happy to oblige since it just meant another way to feed my obsession. Of course, I am also kind of greedy. So at some point I wondered what would happen if I started charging people. Become an "alternate history consultant". I kind of like the ring of that. Sitting in my office, high above the multiverse, speaking words that could lay waste to an entire timeline...

Wait...I think I am confusing what a consultant does with an evil megalomaniac. O well, a guy can dream.

South Florida Wants To Be a State 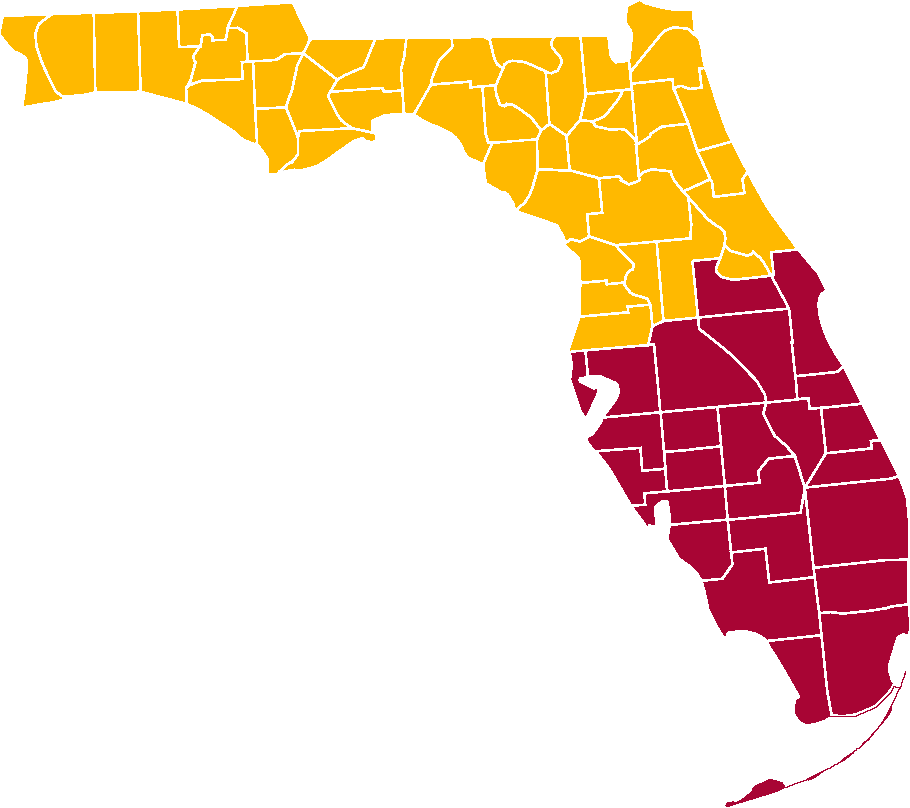 As I have talked about in the past, when some group wants to separate their region from an existing American state, it is usually because the liberal/conservative majority in the state is ignoring the political minority located in the region that is trying to secede. The case of South Florida, however, has little to do with social or economic disputes, but instead is about global warming.

According to City of South Miami, rising sea levels threaten the more low-lying southern Florida counties and Tallahassee, far in the north, doesn't seem to care. There solution is to separate the 24 southern counties, which would include 13.4 million people and 69% of the state's revenue. Now I have complained before about the very wealthy proposing state secession to keep their taxes from being spent elsewhere, but in this case I find that South Miami has a much better argument.

Whether it will work is still unlikely. Besides having to convince not just the entire state of Florida, but also Congress, South Miami needs to convince the leaders of all of their proposed South Florida to back the idea. Only South Miami has passed the resolution, so they are just one small voice in the crowd. Perhaps that is the point. Despite their poor odds, maybe the only thing South Floridians want is attention from a state government who is ignoring them. Hey it worked for the Scots!

O boy! Bunch of new videos this week. We begin with the return of Cody Franklin and the Alternate History Hub. I give you Fan Alternate Countries #3:
Okay so most of those countries were pretty implausible, but I still enjoyed the underlying humor. Next up we have five facts on Ryse: Son of Rome from Achievement Hunter:
I do like the fact that game developers tried to present a realistic portrayal of Roman history and the cinematics do look beautiful. We continue with the Honest Trailer of the time travel/alternate history film X-Men: Days of Future Past:
Not going to comment since I haven't watched the film yet, but I heard its good. I can comment on this short history of October 23rd and how it relates to the Fallout franchise:
Despite being set in the future, the Fallout games' back story makes it an alternate history with a point of divergence in 1945. Moving on, if you guys enjoyed Lindsey Stirling's new music video, check out the behind the scenes video:
And finally we finish with the plot of Wolfenstein: The New Order, just in case you haven't played it yet:

5 Real-Life Horror Movies Deleted from Your History Books by Jacopo della Quercia at Cracked.
10 Bizarre Theories About The Pyramids That DON'T Involve Aliens by Mark Strauss at io9.
1914 Authors' Manifesto Defending Britain's Involvement in WWI, Signed by HG Wells and Arthur Conan Doyle by Nick Milne at Slate.
Alternate History: What If Katherine Parr Had Refused to Marry Henry VIII? by Alexandria Ingham at Wizzley.
MI5 spied on leading British historians for decades, secret files reveal by Richard Norton-Taylor at The Guardian.
Six Words: 'Must We Forget Our Confederate Ancestors?' at NPR.
What the Middle Ages can tell us about the GOP's big charity myth by Elizabeth Stoker Bruenig at The Week.

The 10 Most Expensive Flops In Television History by Diana Biller at io9.
MOVIE MODEL REVIEW U.S.S. Nimitz (The Final Countdown) by Christophe Montoya at Geek Syndicate.
Review: Doctor Who, S8, E9: Flatline at Geek Syndicate.
Sci-Fi Fantasy Fused with Specialist Factual History in Historical Documentary by Emma Hutchings at PSFK.
What the historical inaccuracies in “Dracula Untold” tell us about the rise of Islamophobia by Elest Ali at New Statesman.

The Doctor and the Dalek -Educational Game by wedgedoc at Geek Syndicate.
Hot Button: Rejecting Canon by Walt Ciechanowski at Gnome Stew.

The Ratchet RetroCast Episode 39 – John Carpenter’s Escape From RetroCast at Earth Station One.
Show 16 – Edge of the Earth at Twilight Histories.