Preview: Gideon Smith and the Brass Dragon by David Barnett 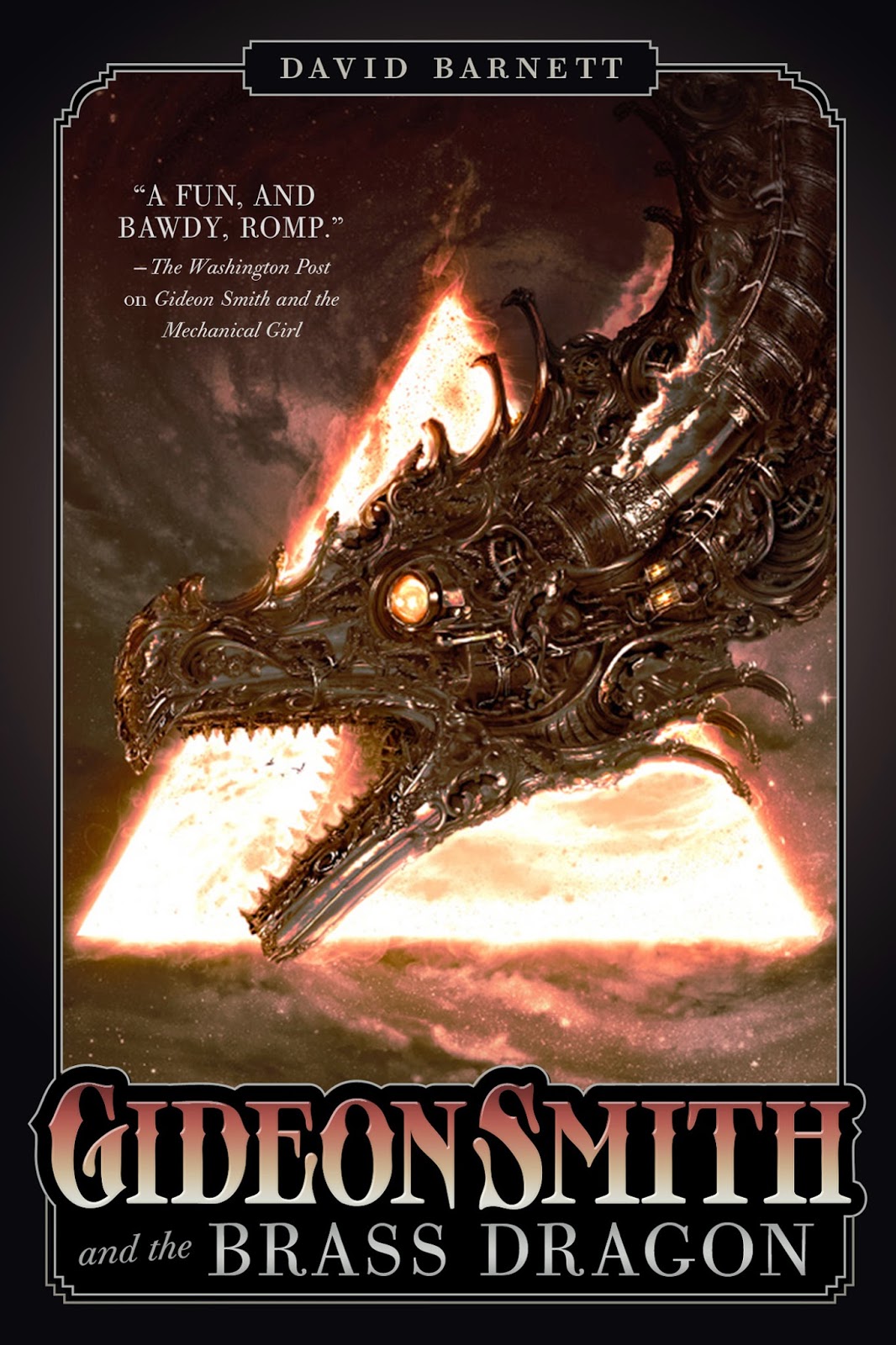 Nineteenth century London is the center of a vast British Empire, a teeming metropolis where steam-power is king and airships ply the skies, and where Queen Victoria presides over three quarters of the known world—including the east coast of America, following the failed revolution of 1775.

Young Gideon Smith has seen things that no green lad of Her Majesty’s dominion should ever experience. Through a series of incredible events Gideon has become the newest Hero of  the Empire. But Gideon is a man with a mission, for the dreaded Texas pirate Louis Cockayne has stolen the mechanical clockwork girl Maria, along with a most fantastical weapon—a great brass dragon that was unearthed beneath ancient Egyptian soil. Maria is the only one who can pilot the beast, so Cockayne has taken girl and dragon off to points east.

Gideon and  his intrepid band take to the skies and travel to the American colonies hot on Cockayne’s trail. Not only does Gideon want the machine back, he has fallen in love with Maria. Their journey will take them to the wilds of the lawless lands south of the American colonies – to free Texas, where the mad King of Steamtown rules with an iron fist (literally), where life is cheap and honor even cheaper.

Does Gideon have what it takes to not only save the day but win the girl?

David Barnett's Gideon Smith and the Brass Dragon is a fantastical steampunk fable set against an alternate historical backdrop: the ultimate Victoriana/steampunk mash-up!

Keep a look out for the review either here or at Amazing Stories. If you plan on ordering a copy of the Brass Dragon or the Mechanical Girl, please click through our Amazon banner and help support The Update and its mission to bring you the best alternate history content on the Internet.