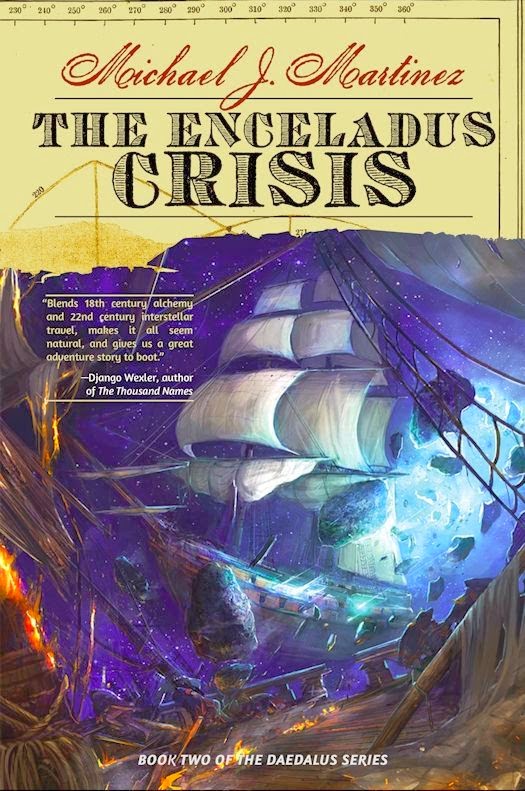 I have a new book to read and review: The Enceladus Crisis by friend of The Update Michael J. Martinez. It is the second book in his Daedalus series, a historical fantasy set in our own Solar System. You can check out my review of the first novel, The Daedalus Incident, at Amazing Stories and read a description of Enceladus below:

Two dimensions collided on the rust-red deserts of Mars—and are destined to become entangled once more in this sequel to the critically acclaimed The Daedalus Incident.

Stay tuned for my review, which I will either post here or at Amazing Stories.