I have been bad about promoting myself lately. These last two weeks I have posted a review of Stirling's The Given Sacrifice and a revised article about the dangers of crosstime travel on Amazing Stories. Also my most recent professional sale, the time-travel saga "Road Trip", is available for purchase. Check them all out, I think you will enjoy it.

So it looks like ABC is producing a show where the colonists lost the America Revolution. I am going to write a more in-depth piece about the show later this week, mostly because I want to wait for more information and it does not meet the theme of today's Weekly Update. See if you can guess the theme.

Johnny Alucard by Kim Newman comes out this week. This is the fourth volume in Anno Dracula series (you can read my reviews on The Bloody Red Baron, "Vampire Romance" and Dracula Cha Cha Cha)  and it has been a llllooonnnggg time since we have seen a new novel-length entry in this series. Here is the description from Amazon:


DRACULA COMES TO NEW YORK: Kim Newman returns to one of the great bestselling vampire tales of the modern era. Considered alongside I Am Legend and Interview with theVampire as one of the stand-out vampire stories of the last century - this brand-new novel is the first in over a decade from the remarkable and influential Anno Dracula series.

Newman’s dark and impish tale begins with a single question: What if Dracula had survived his encounters with Bram Stoker’s Dr. John Seward and enslaved Victorian England?

Fallen from grace and driven from the British Empire in previous instalments, Dracula seems long gone. A relic of the past. Yet, when vampire boy Johnny Alucard descends upon America, stalking the streets of New York and Hollywood, haunting the lives of the rich and famous, from Sid and Nancy to Andy Warhol, Orson Welles, and Francis Ford Coppola, sinking his fangs ever deeper into the zeitgeist of 1980s America, it seems the past might not be dead after all.

You can read excerpt from the novel at Tor and io9, where you can also learn about Dracula from Kim himself. He also did a piece on Lit Reactor about using other people's characters in his novels. Already pre-ordered my copy, have you?

The Battle for the North Pole: Santa Vs Dracula

A new mashup comic is coming from Ed Power and artist Melissa Dejesus called Santa vs Dracula. Here is the description from the press release:


VAMPIRE VS ELF! WEREWOLF VS REINDEER! FRANKENSTEIN VS SNOWMAN! When Count Dracula, Igor, Mr. Hyde, and their forces of darkness invade the North Pole to obtain Ol’ Saint Nick’s ability to gain entrance into any home, Santa, Mrs. Claus, Jack Frost and all the forces of Christmas are forced to defend their home and their holiday! This is it, naughty vs. nice in an all-out, epic battle of the ageless for the ages! SANTA VS DRACULA! This time… It’s Seasonal!

Funded with a Kickstarter, this 168 page full-color graphic novel is being distributed by SLG Publishing and will be out in October. You can see the interior art here. 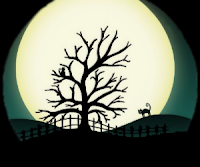 Want to write a really, really short horror story? Start Publishing is having a short story contest. Writers must submit a 250 word short horror story to contest [at] start-media [dot] com. Upon email submission, they ask that writers tweet @startpublishing confirming the submission. Start Publishing will randomly select five stories to be judged by friend of The Update Michael J. Martinez (author of Daedalus Incident) to choose one winner. Martinez is going to critique the winner’s horror story and give special writing tips.

Is 250 words long enough to fit in some alternate history? Anyone up to the challenge?

Even more horror?!?! This is just a video I enjoyed last week and as a Victorian, horror-survival game, steampunk fans might enjoy it:
Who said it was hard to combine horror with alternate history? Right that was me... 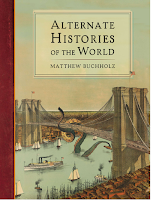 September 20-28: Steampunk version of The Pirates of Penzance in Tasmania, Australia. (I realize that is a big place, but I am too lazy to track down the exact town.)

October 10 and 12: Matthew Buchholz will be promoting his new book Alternate Histories of the World at two separate events in Pittsburgh, PA.

The monsters on the cover keep the theme going. Huh? HUH?

Comic Book Preview: THE STEAMWORLD CHRONICLES at Nuke the Fridge.

5 Embarrassing Failures History Class Turned Into Victories by John Champion at Cracked.
The 5 Most Terrifying Civilizations In The History of the World by Neal Nicholson at Cracked.
Alternate Histories & Their Impact On 2013-14 by Zdeno's Cigar at SB Nation.
Robert Heinlein's Starship Troopers & The Cold War by Andrew Liptak at Kirkus.
What Might Have Been, and the Fall of Lehman by Andrew Ross Sorkin at DealB%K.

‘Dishonored: Game Of The Year Edition’ Announced by Samuel James Riley at Game Rant.
Sengoku Basara 4 Will Have An Alternate “What If” History Mode by Eugene at Siliconera.
The Swindle, an indie steampunk stealth game, put on indefinite hold by Tim Colwill at Games.on.net.

The Age of Godpunk by James Lovegrove at Falcata Times.
Alternate Histories of the World by Matthew Buchholz at Hyperallergic.
The Bone Season by Samantha Shannon at The Sydney Morning Herald.
A Case of Doubtful Death by Linda Stratmann at Alt Hist.
Inceptio by Alison Morton at Alt Hist.
Wild Cards (Series) by George R.R. Martin at Em and Emm Expound on Exposition.
William Shakespeare’s Star Wars by Ian Doescher at Functional Nerds.

10 Biggest Dodged Bullets in the History of Doctor Who by Charlie Janes Anders at io9.