When I first started The Update I had a narrow definition of what I considered alternate history. I quickly realized this limited me on what I could discuss on a Weekly Update to the point where I was scrambling to find things to talk about and I felt I was giving too much importance to minor stories. Gradually I began to expand the definition of what The Update considered to be alternate history, which rewarded me with higher page views, while maintaining my own personal definition of alternate history. This was not much of an issue for me because as an attorney I know it is distinct possibility that I or my firm will represent a client I disagree with, but I have accepted this as part of the cost of my chosen career.

Today, The Update's definition of alternate history can be roughly summed as "speculative fiction with an appreciation for history." Yes, it is very vague and gives me a lot of room to decide what stories to bring to the forefront or what books to review. It is tempered only by the fact that I will cover only subjects I am interested in and will generally ignore things that I find boring. I have no plans to change this policy in the future, despite criticism I have received from hardcore alternate historians. I have read and understood your complaints, especially those directed at my coverage of steampunk, but I do not feel it is the best interest of The Update to return to a narrower definition. I believe it would alienate other groups of alternate historians, and trust me, despite our size we do remain a divided fandom. The Update strives to be all inclusive, but hopefully I can find a good balance so that no group feels particularly under-represented.

I like to reiterate that The Update remains a group blog. If you want to see more of what you like on The Update, please email me at ahwupdate at gmail dot com. I'm not asking just for submissions, but any comments, questions or concerns that can help me improve this blog.

In case you missed it, the Sidewise Awards for Alternate History were announced last Saturday. Click on this link to see who won. The Update even beat out the SF Site in being the first to announce the winners (God, I love Twitter). Congrats again to the winners. 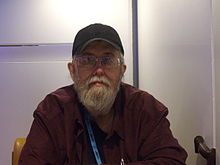 It sucks sometimes that something bad has to happen to someone before you can learn something interesting about them. Take author Lucius Shepard, who last week received an announcement from Ellen Datlow on his Facebook page regarding his recent online disappearance:


Hi everyone, I know you’ve all been concerned with Lucius because he hasn’t been online for awhile. The situation is this. Lucius has been in the hospital since August 5th. About a week later he had a stroke while in the hospital. He’s now in rehab. He wants everyone to know that he’s okay, that he’s working on it, and that he cannot speak well, can’t write at all, and he can just barely read.

He cannot take or make phone calls right now.This is all the info I have. I’ll post more news if I get it.

Shepard just celebrated his 66th birthday. For those who don't know he is the winner of the Hugo Award, the Nebula Award, the World Fantasy Award, the Theodore Sturgeon Award, and the Shirley Jackson Award. He also wrote two alternate history short stories: "Dog-Eared Paperback of My Life" and the often reprinted "A Spanish Lesson", which features an American living in 1960s Spain encountering a couple who have fled from some Nazi-dominated world.

We here at The Update wish Shepard a speedy recovery.

Listen to "Adrift on the Sea of Rains" by Ian Sales 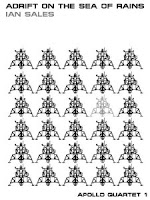 Sidewise nominated author and friend of The Update, Ian Sales, is now on audio. His short alternate history story "Adrfit on the Sea of Rains" about a group of astronauts stranded on the Moon who using a secret Nazi weapon to find a new Earth, can be listened to on StarShipSofa No 302. Ian also posted the attached glossary to the short story on his small press' website. Trust me you will find this glossary helpful because there is a lot of information packed into "Adrift".

You can also check out my review of the second story in Sale's Apollo Quartet, "The Eye with Which the Universe Beholds Itself", on Amazing Stories. Perhaps we will see an audio version of that story in the near future as well.

January 17 to April 24, 2014: The national tour of the steampunk themed musical "The Fantasticks".

And, because I am too lazy to list all of them out, here is a list of steampunk events for the month of September that the good folks at Tor.com were nice enough to create for us.

The Blagger's Guide To: Steampunk at The Independent.
E. Catherine Tobler Says You Got Your Steampunk In Her SciFi at SF Signal.
Exclusive Excerpt From "Sherlock Holmes: The Stuff of Nightmares" at Famous Monsters of Filmland.
The Outsider: A New Science Fiction Award by Paul Cook at Amazing Stories.
Story behind Age of Godpunk by James Lovegrove at UpComing4.Me.
Weird Science: Wormholes Make the Best Time Machines by Tariq Malik at Space.com.

The Secret of Abu El Yezdi by Mark Hodder at Falcata Times.

Manifest Destiny Reveals the Secret Mission of Lewis and Clark by Leo Johnson at Geek Syndicate.

The Chaos Engine Unleashed by Cord Kruse at Inside Mac Games.
Europa Universalis IV Review: Captivating Alternate Histories by Lowell Bell at Gameranx.
Space 1889 Game Hits a Homer on Kickstarter! at Frank Chadwick's Space 1889.
Wolfenstein Feels Old, and We Like It at IGN.