If you haven't already seen it, go check out author Pintér Bence excellent overview of the alternate history genre in Hungary. This is the first, of what I hope to be many, glimpses into alternate history outside of the English-speaking world. Again, if you would like to submit an article about your nation's coverage of our favorite genre or just shoot me some resources so I can write the article, hit me up at ahwupdate at gmail dot com. I am already working on an article on Israel although there are probably people who read this blog who are much more knowledgeable about their alternate history than I am.

In other news I am taking some short time off from blogging this week (most likely just Wednesday and Thursday) to a) work on my own fiction and b) finally mail out the prizes for previous contest winners that have been sitting on my desk. Sorry for the delays guys, I do feel ashamed about this, but things are about to change.

Will North Colorado Vote to Secede?

If you thought state secession only happens in alternate history, think again. News that northern and more conservative counties of Colorado want to secede from their state (but not the United States) have taken the next step. Several counties have already approved a 51st state initiative on November's ballot and more are expected to in the future.

As said before, creating a state out of an existing state is ridiculously hard. North Colorado would need both the approval of Colorado (controlled by the same liberals the conservative counties are trying to get away from) and the United States Congress (which hasn't had much of track record of doing anything recently). Michael J. Trinklein of Lost States, however, did suggest that the new red state (which he called "High Plains") could be allowed into the Union the same time as Puerto Rico, thus keeping a balance (much like the Missouri Compromise) and make Colorado more blue. He expanded on these ideas in an article posted yesterday on Time.

Geeze, this is the most I ever talked about politics. Lets now talk about a computer game.

War of the Vikings Draws First Blood in Alpha

Paradox invited select players to try their upcoming title, War of the Vikings, in Closed Alpha Testing before the game is released to the public next year. Developed by Fatshark, War of the Vikings is built upon the same skill-driven close combat gameplay that powers War of the Roses, and extends Paradox’s War series into the brutal and bloody Viking Age.

The game’s first Closed Alpha will drop players into the Pitched Arena game mode, a harsh, fast-paced battle with no respawns with victory going to the last Viking or Saxon standing. Two maps will be on display, with three character classes available to choose from, giving testers the chance to experience a wide range of available weapons, perks, and play styles. The test will last until September 1. Luckily you can still apply to join now.

The intensity is greater and the beards are longer in War of the Vikings, where players must band together on the battlefields of 9th and 10th Century England and fight to conquer or defend Britannia. Environments, weapons, and visuals drawn from Viking Age history will immerse players in a bloody new conflict between the Vikings and the Saxons, with each warrior hand-designed by its player from a wide variety of customization options. Built on skill-driven gameplay and a deep combat system, War of the Vikings will bring close combat closer than ever. 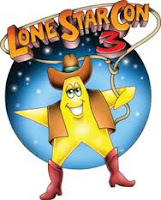 LoneStarCon 3, the 71st World Science Fiction Convention ("Worldcon"), begins this Thursday so there is a lot of news to cover. Organizers have released their fifth and final Progress Report (PR5).  This Progress Report has been published in electronic format only, and can be found on the LoneStarCon 3 website. Progress Report 5 brings members up to date with the latest plans for events, exhibits, and programming including the world premiere of Lakeside, a documentary featuring Sidewise-nominated author Jay Lake; Dr Who and the history of Worldcon and the Hugo Awards.

Progress Report 5 also includes a range of information designed to help members make the most of their time in San Antonio, including travel guidance and tourism recommendations, as well as a confirmation of opening hours for all convention areas and amenities.

Meanwhile, the 2013 Hugo Award Ceremony will be broadcast live around the world when the event takes place in San Antonio on Sunday. LoneStarCon 3 has partnered with Ustream to provide this exclusive, ad-free broadcast, enabling science fiction fans around the world to participate in this prestigious event.

The ceremony will be held in the Grand Ballroom of the Marriott Rivercenter hotel in downtown San Antonio, starting at 8 p.m. Central Time (9 p.m. Eastern, 6 p.m. Pacific). The evening will be hosted by LoneStarCon 3 Toastmaster Paul Cornell, himself a Hugo Award winner and multiple Hugo Award nominee.

Of course, we here at The Update are most excited about this year's Sidewise Awards which will be presented this Saturday at noon. Can't wait! 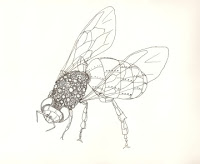 Another One From the Archives: Heinrich Class's Pan-German Fantasy by Gavriel D. Rosenfeld at The Counterfactual History Review.
What if the Wolves Had Drafted Steph Curry? by Eric in Madison at SB Nation.
Whatever Happened To Nirvana? by Keith Spillett at The Tyranny of Tradition.

Guns of Icarus Online blasting onto PS4 by Ozzie Mejia at Shack News.
Indie MMO Equilibrium Announced, Slated to Kickstart this Fall by chanelluo at MMOSite.
The Order: 1886 is not steampunk, Ready at Dawn boss says by Jessica Conditt at Joystiq.
Retro Steampunk Shoot ‘em Up Heading To 3DS by Spencer at Siliconera.
Steel Empire, A Steampunk Shooter For Genesis, Is Getting A Makeover For 3DS by Spencer at Siliconera.

Matt Mitrovich is the founder and editor of Alternate History Weekly Update and a blogger on Amazing Stories. His new story "The Enchanted Bean" can be found in Once Upon a Clockwork Tale from Echelon Press. When not writing he works as an attorney, enjoys life with his beautiful wife Alana and prepares for the inevitable zombie apocalypse. You can follow him on Facebook or Twitter.
Posted by Mitro at 11:30 AM