So last week I posted a question on the Alternate History Online Facebook group asking the member what they thought was the one alternate novel all fans, regardless of whether they are beginners or hardcore, should read. I got a lot of responses and I had the idea of creating a list based on them. So as I narrowed it down, trying to only include the works that got the most positive mentions, when I discovered something: they were all about World War II or the American Civil War.

This disappoints me. I'm not saying that those books aren't good, only that we seem as fans (at the least the English speaking ones) to move beyond some of the stereotypes of the genre. Perhaps I am reading too much into the outcome of my informal poll, but I would like to branch out into the unexplored corners of the genre. To accomplish said goal, I am resurrecting an early idea I had when The Update was still young.

This is a call for action. I am looking for alternate history fans who are native speakers of a language other than English. I want to know more about alternate history (published or amateur) in other tongues. Danish, French, German, Hebrew, Italian, Japanese, Nederlands, Polish, Portuguese, Russian, Spanish, Swedish and others, I don't mind. You can send me a full article or just email me some opinions/comments so I could build an article to ahwupdate at gmail dot com. Please, I want to hear from as many of you as I can. 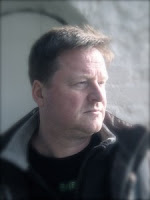 Jonathan Oliver, commissioning editor of Solaris Books, has acquired a third Ack-Ack Macaque novel by Gareth L. Powell. The novel will be delivered in summer 2014, for an early 2015 publication. The agent was John Jarrold, and the deal was for UK/US rights. The title is Macaque Attack.

The novel is a sequel to Ack-Ack Macaque which Solaris published in 2013 and Hive Monkey, which will appear in January 2014. Check out the description of the new novel below:


Having saved the world twice, Ack-Ack Macaque finds himself at the head of a dimension-hopping monkey army, facing an invading horde of implacable killer androids and a final reckoning with his creator, the infamous Dr. Nguyun. Meanwhile, former journalist Victoria Valois fights to save the electronic ghost of her dead husband and reclaim her stolen soul from the sands of Mars.

Gareth Powell said: “I’m absolutely delighted to be working with Solaris Books on a third monkey adventure, and this one promises to be his biggest and wildest outing yet!”

Dark Hall Press presents The Bloodline: Birth of the Vampir

A curious book came to my attention called The Bloodline: Birth of the Vampir by Shaun McGinnis and Rod Garcia and published by Dark Hall Press. Bloodline has been described as "a dark tale of innocence lost and monstrosity born." Set in 13th century Europe, the book chronicles the fall of a Transylvanian Lord (hmm...wonder who he is based on) and his people at the hands of a ruthless Archdeacon in search of the Holy Grail. Cursed and exiled from their land, the former citizens of Erdely soon find themselves in the grips of a transformation, becoming something the world has never seen before—the first vampires.

The Bloodline: Birth of the Vampir is available for purchase via Amazon and other retailers. What interested me about this book, however, is not only its historical (dark) fantasy setting, but also the possibilities of how history could be changed with the rise of a "vampire nation". Not sure if the authors will actually go that route, but for ASB fans like me, it is fun to speculate...

I have talked about The Daedalus Incident before and even got a chance to interview its author, Michael J. Martinez. In case you don't know, however, here is the description from Amazon:


Mars is supposed to be dead…

Bizarre quakes are rumbling over the long-dormant tectonic plates of the planet, disrupting its trillion-dollar mining operations and driving scientists past the edges of theory and reason. However, when rocks shake off their ancient dust and begin to roll—seemingly of their own volition—carving canals as they converge to form a towering structure amid the ruddy terrain, Lt. Jain and her JSC team realize that their routine geological survey of a Martian cave system is anything but. The only clues they have stem from the emissions of a mysterious blue radiation, and a 300-year-old journal that is writing itself.

Lt. Thomas Weatherby of His Majesty’s Royal Navy is an honest 18th-century man of modest beginnings, doing his part for King and Country aboard the HMS Daedalus, a frigate sailing the high seas between continents…and the immense Void between the Known Worlds.

With the aid of his fierce captain, a drug-addled alchemist, and a servant girl witha remarkable past, Weatherby must track a great and powerful mystic, who has embarked upon a sinister quest to upset the balance of the planets—the consequences of which may reach far beyond the Solar System, threatening the very fabric of space itself.

Well Mike has been busy promoting his novel across the interweb. He was interviewed over at Skiffy and Fanty and wrote a guest post at John Scalzi's blog. Mike also has wrote some interesting articles on his own blog about Daedalus ranging from why he thinks August 13 was the true release day and how difficult it is to find his book in bookstores. Go check it out!

Loncon 3 is Less Than a Year Away

In less than a year, Worldcon returns to London. A mere forty-nine years after Loncon 2 in 1965, Loncon 3 will take place in the ExCeL conference centre in London's Docklands, from 14-18 August 2014. Its Guests of Honour cover the fields of fiction, comics, art, criticism, publishing and fandom: Loncon 3 will celebrate the work of the late Iain M Banks, John Clute, Malcolm Edwards, Chris Foss, Jeanne Gomoll, Robin Hobb and Bryan Talbot. This is also where the 2013 Sidewise Awards will be presented.

Co-chair Alice Lawson said, "Loncon 3 will include the standard Worldcon fare, including a huge multi-track programme of panel discussions and talks, a world class art show, a huge area for dealers and exhibits, performances including dances, plays, and a masquerade, and of course the 2014 Hugo awards."

She added, "Loncon 3 will also innovate. A massive hospitality space will bring the North American party scene and the European-style fan bar together in one place. In addition, Loncon 3 will present the Retro-Hugo Awards for 1939, celebrating the science fiction of the time of the very first Worldcon, held in New York 75 years before."

Co-chair Steve Cooper said, "With twelve months to go, membership uptake for Loncon 3 is outstanding. We currently have more than double the number of members that most Worldcons have twelve month out. All indications are that Loncon 3 will be the largest Worldcon ever held outside the United States."

"The key word that I keep hearing as we plan Loncon 3 is "Awesome" - that's exactly what this convention will be!" 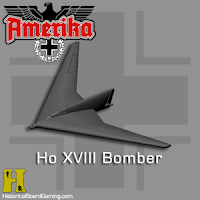 1636: The Devil’s Opera by Eric Flint – Snippet 34.
The Alternation of Rome by Alison Morton.
Atlanta ranks No. 1 for steampunk by Jackson Reeves at Atlanta Magaine.
James Lovegrove Defines Godpunk at SF Signal.
Read the Book Inspired by Total War: Rome II by Matt Farr at Geek Syndicate.
Story Idea: The Tesla Colonies by Alfonso Posadas Jr. at SciFi Ideas.
Take Five With Liesel Schwartz, Author 'A Clockwork Heart' by Matt Staggs at Suvudu.
Ten Things I’ve Learned Since I started Writing Steampunk And Venturing into the Steampunk Community by Cindy Spencer Pape at Steamed!
TOC: “The Time Traveler’s Almanac” Edited by Ann VanderMeer and Jeff VanderMeer (Plus: US and UK Covers!) at SF Signal.
A Very Merry Blog Tour Is Beginning by Matt Quinn at The World According to Quinn.

After Earth by Peter David at Thinking about books.
The Aylesford Skull by James Blaylock at Steampunk Scholar.
The Draka Series by SM Stirling at Amazing Stories.
The Woken Gods by Gwenda Bond at SF Signal.

A 1909 Plan For Superfast Elevated Transit Between LA and SF by Adrian Glick Kudler at Curbed.
An Alternate History Of Fenway Park by Rick McNair at Bosox Injection.
Filling In New York City Rivers Was A Popular Idea In the 1800s by Jessica Dailey at Curbed.
Fun Maps: Neu-York – What if Germans had conquered Manhattan in WWII? by Zoe Mendelson.
L. A. Counterfactual: How the City's Architectural Development Might Have Been Different by Gavriel D. Rosenfeld at The Counterfactual History Review.
Rare documents unveiled by State Library of NSW showing Spanish quest to find Australia by Sally Block at ABC News.
What If? A Counterfactual SOMA Portfolio by Michael Fleming, Deborah Leonard, Grant Long, and Julie Remache at Federal Reserve Bank of New York.
Would the Nazis Have Gone to the Moon? by Ray Villard at Discovery News.

Jukebox Heroes Extra: A chat with City of Steam's composer by Justin Olivetti at Massively.
The Order: 1886 preview – God Of War dev rewrites history to sex up Victorian London at PlayStation UK.
Paradox still the grand master of grand strategy with Europa Universalis IV (review) by Jason Wilson at Gamesbeat.

The Ultimate Guide to this Fall's Science Fiction and Fantasy TV! by Charlie Jane Anders at io9.