The UK Without Thatcher

Margaret Thatcher, the "Iron Lady", was laid to rest today. For those who don't know, she was the Prime Minister of the United Kingdom from 1979 to 1990 and the Leader of the Conservative Party from 1975 to 1990. She was the longest-serving British Prime Minister of the 20th century and is the only woman to have held the office. She passed away last week.

Elected in 1979, Thatcher introduced a series of political and economic initiatives intended to reverse high unemployment and Britain's struggles in the wake of the Winter of Discontent and an ongoing recession. Her political philosophy and economic policies emphasized deregulation, flexible labor markets, the privatization of state-owned companies, and reducing the power and influence of trade unions. Thatcher's popularity during her first years in office waned amid recession and high unemployment, until the 1982 Falklands War brought a resurgence of support, resulting in her re-election in 1983 and again in 1987. Her support for a Community Charge was widely unpopular and her views on the European Community were not shared by others in her Cabinet. She resigned as Prime Minister and party leader in November 1990.

Reaction to her death has been mixed. Some remember her fondly, including The Update's Sean Korsgaard who called her a "true titan of the west". Meanwhile, others cheered her passing and announced the "wicked witch" was dead. I don't pretend to be an expert of British politics and I have no interest in sharing my personal feelings, because that is not the point of this article. The point of this article is to ask a simple question: what would the world be like without her? 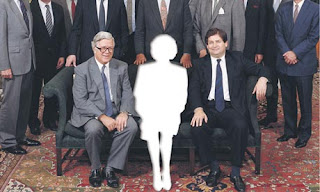 Turns out several people have attempted to answer said question. Some argued against the great man (or woman in this case) theory of history and stated that even without Thatcher in 10 Downing Street, history would not have changed much. Paul Krugman believes she should not be given too much credit for Britain's economic boom in the 90s and in his article for BBC News, historian Dominic Sandbrook said:


Even if she had never been prime minister, many of the changes she came to represent, from privatisation and deregulation to the death of heavy industry and the rise in unemployment, would almost certainly have happened anyway, only more slowly.

Others disagree, giving Thatcher credit for helping turning around Britain sagging economy. James Pethokoukis of Ricochet argued that if the Labour Party had won the 1979 election it would have prevented the economic boom the British economy experienced in the 1990s. Pethokoukis, however, did throw out the possibility of Labour transforming when forced to deal with a poor economy in the 80s, but others were not willing to concede to the march of history. Philip Hensher at The Guardian and Dominic Sandbrook at the Daily Mail both painted stark counterfactual visions of a Thatcher-less Britain more reminiscent of Eastern European socialist dictatorship (minus the Falklands).

Even before her death, Thatcher has figured into many alternate histories. Amateur alternate historians referenced her in such works as the 1983: Doomsday shared universe and Images of 1984 - Stories from Oceania. It is published alternate history, however, where we get a good look at timelines where Thatcher never became prime minister. "Knight of Shallows" by Rand Lee predicted the Falklands crisis going nuclear without Thatcher and Simon Heffer argued in his essay "The Brighton Bomb Kills Margaret Thatcher" that the loss of Thatcher could have prevented the collapse of the Soviet Union.

Whether you believe history would be the same, better or worse without the Iron Lady likely depends on your political leanings. My brief research into the reactions over her death have convinced me that conservatives are more likely to promote a darker version of history without her, while liberals argue history would either stay the same or change for the better. The United States has similar issues with Ronald Reagan, but I think the likely outcome can be found somewhere in the middle. As we are borne on the great river of history we sometimes ask individuals to take the helm and lead us to our destination. Although the destination might be inevitable, how we get there often depends on those few individuals we ask to carry the burden of command. Their decisions, ideals and dreams help mold, for better or worse, the drama of human existence.

Matt Mitrovich is the founder and editor of Alternate History Weekly Update, a blogger on Amazing Stories and a volunteer editor for Alt Hist magazine. His fiction can be found at Echelon Press, Jake's Monthly and The Were-Traveler. When not writing he works as an attorney, enjoys life with his beautiful wife Alana and prepares for the inevitable zombie apocalypse. You can follow him on Facebook or Twitter.
Posted by Mitro at 11:16 AM