The alternate history, first-person shooter BioShock Infinite launched last week and from the sound of it, games could not be happier. Here is just some of the praise I have found for the game:

"BioShock Infinite is damn near perfect." -Jim Sterling who gave the game a 10 out of 10 rating on Destructoid. 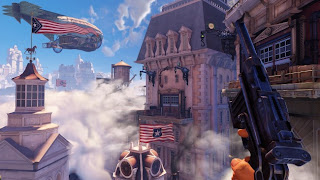 "When a video game can take you from explosive combat featuring magic powers and exploding weaponry and still move you on a deep emotional level, something special has happened." -Kevin Kelly who gave the game a 9.5 out of 10 on Digital Trends. "[T]he experience will make players think, inspire them to explore, and leave them emotionally spent by the time it’s all over. With BioShock Infinite, Ken Levine cements his status as one of gaming’s elite creative minds." -Andrew Fitch who gave the game a 10 on EGM. 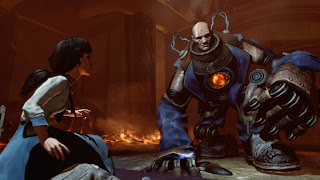 "Undoubtedly the finest game crafted by Irrational Games, BioShock Infinite is one of the best told stories of this generation. It simply cannot be missed." -Xav de Matos who gave the game 5 stars on Joystiq. 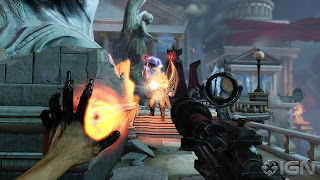 "In total, BioShock Infinite is a brilliant shooter that nudges the entire genre forward with innovations in both storytelling and gameplay." Ryan McCaffrey from IGN. 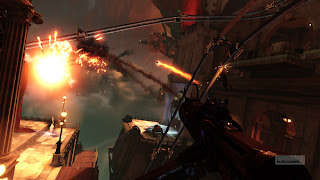 "This is a game with a whole story, one that isn't going to peak with a party trick and then subside again, so it takes its time." Tom Bramwell who gave the game a 10 out of 10 rating on Euro Gamer.

And for those who like videos, here is an intro to the game from the guys at Achievement Hunter:
Hopefully The Update will have our own review of the game in the coming weeks. So stay tuned.