First published in 2006, Jo Walton’s Farthing was hailed as a masterpiece, a darkly romantic thriller set in an alternate postwar England sliding into fascism.

Eight years after they overthrew Churchill and led Britain into a separate peace with Hitler, the upper-crust families of the “Farthing set” are gathered for a weekend retreat. Among them is estranged Farthing scion Lucy Kahn, who can’t understand why her and her husband David’s presence was so forcefully requested. Then the country-house idyll is interrupted when the eminent Sir James Thirkie is found murdered—with a yellow Star of David pinned to his chest.

Lucy begins to realize that her Jewish husband is about to be framed for the crime—an outcome that would be convenient for altogether too many of the various political machinations underway in Parliament in the coming week. But whoever’s behind the murder, and the frame-up, didn’t reckon on the principal investigator from Scotland Yard being a man with very private reasons for sympathizing with outcasts and underdogs—and prone to look beyond the obvious as a result.

As the trap slowly shuts on Lucy and David, they begin to see a way out—a way fraught with peril in a darkening world. 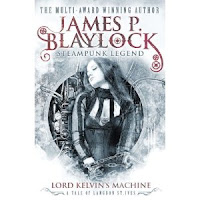 Within the magical gears of Lord Kelvin's incredible machine lies the secret of time. The deadly Dr. Ignacio Narbondo would murder to possess it and scientist and explorer Professor Langdon St. Ives would do anything to use it. For the doctor it means mastery of the world and for the professor it means saving his beloved wife from death. A daring race against time begins...

The Wind Whales of Ishmael by Philip Jose Farmer 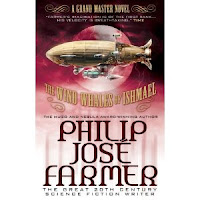 Ishmael, lone survivor of the doomed whaling ship Pequod, falls through a rift in time and space to a future Earth - an Earth of blood-sucking vegetation and a blood-red sun, of barren canyons where once the Pacific Ocean roared. Here too there are whales to hunt - but whales that soar through a dark blue sky....

Hugo Award-winner Philip José Farmer spins a fascinating tale of whaling ships and sailors of the sky in a bizarre future world where there are no seas to sail and no safe harbor to call home....