The streak is over...for now. The Update, I am sad to admit, did not break its monthly page view record in January. Our final count was 14,947, roughly 600 page views less than last month's record of 15,515. I am actually disappointed, since we have managed to break our monthly record 8 times in a row. Still I am not surprised. Last month with my new job and my writing responsibilities over at Amazing Stories, I have not exactly been prolific over here at The Update. In fact last month had the third least amount of content in the blog's existence. I think, however, that will all change this month. I have established a new routine and I have found more time for writing. Hopefully you will all enjoy the result.

Speaking of Amazing Stories, I have some great news to report from that front, if you can all be patient for some shameless self-promotion. My essay on DBWIs entitled Dissecting Our Present: How SF Can Highlight Our Historical Bias has been a huge success. Not only did it get linked to on the Hugo-award winning SF Signal, it also was the second most viewed article on Amazing Stories last week. The one downside to this great news is that it hasn't equaled increased page views for The Update as I hoped, but for anyone who discovered this blog through Amazing Stories I bid you welcome.

Don't forget everyone, this month we are requesting original fiction, essays and reviews dealing with the Balkanize Me trope of alternate history. There is still time to send in your submissions for this contest and the recently announced steampunk writing contest in March. I look forward to reading your submissions.

Tomorrow Gail Carriger's new novel Etiquette & Espionage comes out, the first book of her new Finishing School. According to SF Signal, it is tied to her Parasol Protectorate series, which began with her award-winning novel Soulless. If you can't wait until tomorrow to read the book, you can read an excerpt from the novel over at Tor.com or watch the book trailer below:
Meanwhile, if you would like to peek at the gears inside Gail's head, read her answer to the questions: "What genre novels would benefit from a re-branding as Young Adult?" and "Which YA novels should not be branded as such?"

Two new Bioshock Infinite trailers were released last week. The first is made to look like a fake documentary:
Critical Failure likens the trailer to the "crappy old eight millimeter movies you had to watch in school", but questions how this alternate history could somehow miss a floating sky city that intervenes in foreign events. Still people seem excited about the game as Geek O System said, as long as "gameplay can keep pace with what looks to be a pretty cool premise replete with all the headscrewing detail and grey area morality" it should be a good game.

And finally the last trailer. Sorry no commentary, just watch:

Paradox Interactive, a publisher of games and a seeker of the throne, and Fatshark, valiant knights trapped in the modern era, today announced War of the Roses: Kingmaker, a gold edition of the game which allows aspiring knights a clear path to the throne by including all the top-notch weapons, armor, and perks that have been released since the title’s inception in October 2012. The new edition will be available in late Q1 2013.

In War of the Roses: Kingmaker, loyalists to the house of York or Lancaster will now have access to the content available since release, including the previously exclusive armor sets for both the red and white rose. Kingmaker will also introduce two new game modes—Assault and Assault Castle—where knights will face new attack and defense scenarios that aim to truly test their skill as a team.

A free trial version of War of the Roses is also planned for release February 6, which will allow anyone to download and play the game without cost. The trial version will include access to all online battles, enabling aspiring warriors to fight alongside all existing players – paid or trial. The trial version will limit players by disallowing any unlocks, giving access only to the game’s base classes and weapons, giving trial players a chance to live true knighthood.

In addition, Paradox will soon release a new premium DLC for War of the Roses, starring famously boisterous British actor Brian Blessed as a new narrator for the game. Blessed’s booming voice will inspire knights by announcing in-game events and warnings, giving new meaning to the iconic command to “Kill the enemy!”

On top of all of these new editions, all versions of War of the Roses are scheduled to receive new content in the form of the new “Outside the Law” update, which will add an all new deep forest map to the game’s selection, along with armor pieces Robin of Loxley would be proud of. 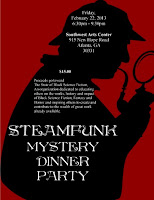 Big list of upcoming events to check out. First off, go to Tor if you want to see the list of steampunk-themed events you can attend (there are too many, I'm not going to list them all out here). For some events, however, that might not be on Tor's, there is the steampunk/dark comedy LoveSick playing at the LOFT Ensemble in Los Angeles, CA on Feb 24th and WarmStreets of Lynchburg, VA is putting on Steampunk/SF art show in April (and they are still looking for submissions) for charity.

In other news, the Historical Novel Society has released their schedule for their 2013 conference in St. Petersburg, Florida (June 21-23).

Submitting a Novel to Tor UK 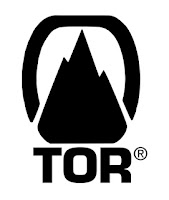 Probably the biggest news story for aspiring authors is the announcement that Tor UKwill be accepting unsolicited e-submissions. So if you have a SF, fantasy or horror manuscript 95,000 to 150,000 words in length you can send it to TorUKSubmissions at macmillan dot com. More information about sending submissions can be found at the Tor UK blog.

Good luck...and if your alternate history story gets published by them, why not send it our way for a review?

Airships, Vampires, Werewolves, Zombies: The Devil's Harvest by @ScottWhitmore at The Masquerade Crew.

Dr. Quincy Erasmus Quartermain is entered into the Steampunk Museum.

High-tech cargo airship being built in California by Raquel Maria Dillon at Yahoo.

Is Steampunk Really Going to Become More Popular, or Has It Already Peaked? by Austin Sirkin at Steampunk R&D.

Steampunk and Retro-Futurism: Three Anthologies and Three Approaches by Larry Nolen at The OF Blog.

A World Without Alex Rodriguez: The Retconning of the New York Yankees by Mike Bates at SB Nation.

The Aylesford Skull by James P. Baylock at The Geek Syndicate.

Ever After by Kim Harrison at SF Signal.

Ha’Penny and Half a Crown by Jo Walton at Things Mean A Lot.

The Merchant of Dreams by Anne Lyle at Travels Through Iest.

Behind the Scenes of Nick Abadzis’ LAIKA by Mark Siegel at First Second.

What if The Hobbit had not become a cult book? by PJ Hammans at The Hobbit Movie.

Harry Turtledove at The Mad Scientist's Guide to World Domination.

Review of Elementary: Season 1, Episode 13 at Thinking about books.