Sorry for the links-only post yesterday.  I had some real life issues I had to deal with so I had to set my virtual life aside for a moment.  I will try not to do it again in the future.

So we surpassed our monthly record...again!  That is the fourth time in a row and our new record is 4,725 page views in a month.  That accomplishment, however, pales in comparison to what a fan of Weekly Update, Tyler Bugg, wrote on our Facebook page:

Hey, I would like to thank you guys for posting that Candlemark and Gleam were looking for submissions for their Alternate History short story anthology: If it were not for you guys, I would not have noticed, and would not have gotten my story accepted by the editors to actually be published in it!

You are welcome Tyler, but more importantly, thank you.  Your statement represents everything I was trying to accomplish when I started this blog last year.  I wanted to keep fans of the genre better informed about the world of alternate history and you have provided evidence that I have been successful with my goal.  Good luck with C&G, and I look forward to reading your short story.

Meanwhile, we got our first readers from Guam, Honduras and Jamaica.  Welcome! 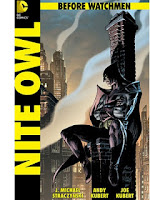 Each week, a new issue will be released, and will feature a two-page back-up story called Curse of the Crimson Corsair, written by original series editor Len Wein and with art by original series colorist John Higgins. There will also be a single issue, Before Watchmen: Epilogue, featuring the work of various writers and artists, and a Crimson Corsair story by Wein and Higgins.

Will Before Watchmen live up to the hype?  Probably not.  Alan Moore and Dave Gibbons are not involved in the project and Moore is firmly against it.  More importantly, I have experienced first hand what a prequel series can do to a great story (if you do not believe me, go watch Star Wars: Episode I when it comes out in 3D).  I could go on, but Tim Callahan makes a better argument against the series then I ever could.

Will I still read it?  Probably.  Though I am going to wait for it to come out in graphic novel form.

NBC has picked up a new drama pilot from the Star Trek director J. J. Abrams and Warner Bros. TV. The new show is called Revolution and it will be written by Supernatural creator Eric Kripke.  The logline: “A high octane action drama from J. J. Abrams following a group of characters struggling to survive and reunite with loved ones in a world where all forms of energy have mysteriously ceased to exist.”

Huh...I could swear that I have seen this before... 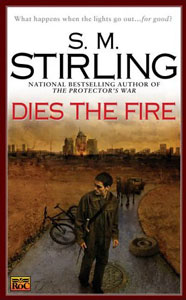 Of course!  S.M. Stirling's Emberverse series, where alien space bats change the laws of physics and thus wipe out modern civilization.  So is Stirling on the phone with his lawyer?  Well according to Guadalupe Lopez-Gutierrez (Kier Salmon) on the S. M. Stirling Appreciation Society:

We are discussing this... but the concept of no more power is one used in many books, Ariel, Here be dragons, and others. It's the actual characters locations and solutions that would make a copyright violation.

So it looks like the Stirling camp is in wait and see mode. Whether Revolution even classifies as alternate history also remains to be seen, but perhaps a good post-apocalyptic series is just what network television needs.

Resources to Help You Get Published


If you already have published your own steampunk story, you might be interested in submitting your previously published work to Steampunk Revolution.  This new steampunk anthology is being edited by Ann VanderMeer for publication in Fall 2012.  Deadline for submissions is March 1.

Not a published author yet?  Well I have a few resources to share with you.  Those hoping to submit a story to Dark Moon's Zombie Jesus and Other True Stories should check out this interview, which gives a writer some idea about what the editors are looking for.  Meanwhile, those looking to improve their writing ability should check out these two writing seminars I found.  The first is called Tweaking History: Steampunk And Other Tales Of Alternate History and it is being presented by Beth Daniels.  The seminar begins Feb 13 and costs only $25 ($15 if you are a premium member of the website).  The second is called Superstars Writing Seminar which will last from April 30 to May 2.  Lecturers include Kevin J. Anderson (The Trinity Paradox, Alternitech) and Eric Flint (1632).