I am going to be starting a new case this Tuesday, so I apologize ahead of time if I do not publish content at my usual schedule.  Still I have another Revisiting Alternate Worlds post, the third Airship Update, a review of Strike Witches and an interview with Dale Cozort for you this week.

Exciting news for me. The story I hope to submit to Candlemark & Gleam's alternate history/espionage anthology is complete. I have sent out the draft to beta readers and hope to send the final copy to the publisher in December. I will not give to much away (I do want people to buy the damn thing if it is published) so you will just have to wait to see if the story is accepted.

Meanwhile, I got my first readers from Thailand and Peru.  Welcome.


The film has an anime/dieselpunk feel to it, complete with airships and tripod-tanks.  Also, for some reason, the Statue of Liberty has a sword.  This blogger will definitely be checking out this film when it is released next year.

Online AH and Where to Find it 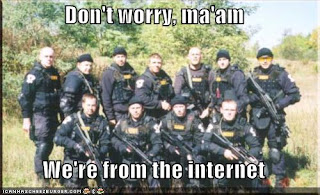 Online alternate history is easy to find.  Just go to Alternatehistory.com, the AH Wiki or Changing the Times.  Yet there are so many places to find good AH that it becomes lost due to the vast size of the Internet.  Have no fear, Alternate History Weekly Update has a few suggestions for you.

First is Pathways by K. D. Wentworth.  I found this while doing research on Uchronia.  In this alternate history Stand Watie did not surrender in June 1865.  A free short story by a published author with her own Wikipedia page?  What more could you want?

What about an alternate history inspired by a dream?  Then you should check out The Roman Invasion of Zimbabwe at AHF.  I find the entire concept that I could dream about alternate worlds intriguing.  It is almost as if my mind is a portal to the mutliverse.  I should probably go take a nap right now.

But then I would miss the chance to read the next issue of SteampunX by Benjamin Jacobson.  SteampunX is a serial novel, released monthly, that tells the story of two teenagers in 1875 who become caught up in a mystery that may break the hundred year peace of Anowarakowa (OTL's New World).  Subscribe now!

How Ranked-Choice Voting Upends Elections by Shane Shifflett at The Bay Citizen.

The lost lion of Kabul by Lucy Morgan Edwards at the New Statesman.

A Tour of the Multiverse by Delia Schwartz-Perlov at PBS.

Who were the alternatives to Ben Bernanke? by Ezra Klein at the The Washington Post.

Writing Exercise - Your Alternate History by Matthew Buchanan at Then Suddenly.

Review of 1824 by Eric Flint done by Chris Oakley at Changing the Times.

Review of Colonization: Aftershocks by Harry Turtledove done by Emma at Em and Emm Expoud on Exposition.