Do you know what is going on in the skies above you?  Here are a few clues...

A prototype solared power airship went through test flights recently, bringing the dream of green blimps into reality and the people are rejoicing.  This cargo airship may even be the most efficient way to fly.  See the video below:

Granted it is a hybrid vehicle, but if this trend in airships continue, it is very unlikely we are going to see airship pilots using Victorian lingo.  This blogger wonders when we will see a sci-fi sub-culture based off of green energy technology.  Solarpunk anyone?

Farner's Insurance claims to have the largest airship on the plant. 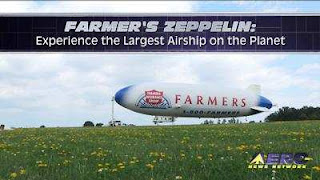 Yet that record does not seem so impressive when John Powell and his team sent their unmanned airship 95,085 feet in the air, making it the highest airship in the world.  Sadly, the airship itself does not look that impressive: 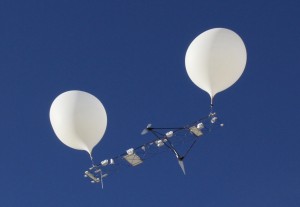 But the view is a whole other story: 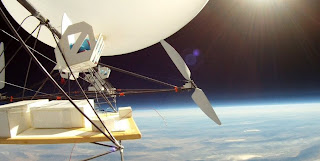 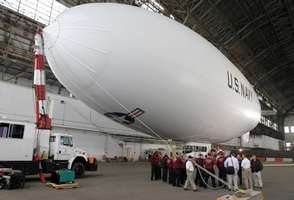 ﻿The MZ-3A is the first Navy airship commissioned in over 50 years.  It will act as a flying laboratory and it is one of many military blimps currently being produced and tested by the American armed forces.  You can find out more about this historical event here.
The Army has their own version, called the LEMV (Long Endurance Multi-Intelligence Vehicle).  The mission of the LEMV is to hover over the battlefield with a mess of sensors for up to three weeks.   However, when this football field sized airship will take its first flight is currently unknown.
In the current economic climate, however, the American government may feel the costs of military airships may outweigh their potential.  The Congressional Budget Office has released a report detailing some of the issues inherent with airships that may put the kibosh on current and future projects.
Airship Fans Wanted
Know a few things about airships and want to share them with Alternate History Weekly Update?  We are currently looking for contributors to author future Airship Updates.  Contact Mitro at ahwupdate@gmail.com, if you are interested.
* * *
Mitro is founder, editor and contributor of Alternate History Weekly Update. When he is not busy writing about his passion for alternate history, he spends his time working as a licensed attorney in the state of Illinois and dreams of being a published author himself one day.
Posted by Mitro at 12:47 PM